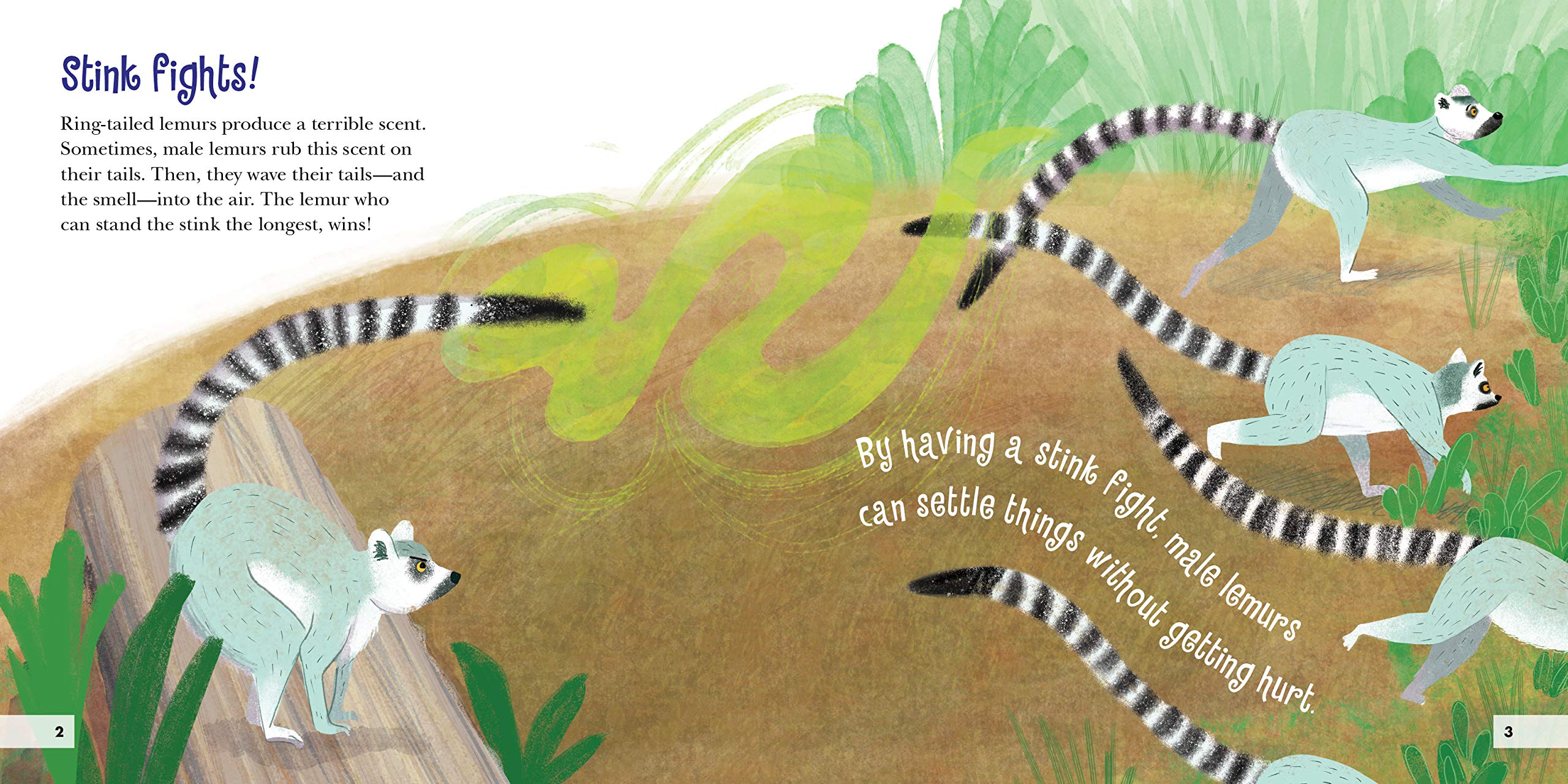 Summary:  Beginning with four haiku about adaptation, the author then moves to a one-page explanation of what animal adaptation is.  From there, it’s a look at individual animals who have interesting adaptations:  ring-tailed lemurs’ stink fights and whales’ earwax from the title, as well as elephants’ ears, star-nosed moles’ noses, giant anteaters’ tongues, and more.  Each two-page spread includes an illustration and a few sentences describing the adaptation and how it helps that animal.  Includes an activity to explore how humans adapt; a page called “Connections” which is a list of fun facts about mammals; and a glossary.  32 pages; ages 4-8.

Pros:  A fun introduction to animal adaptation (specifically mammals) with playful illustrations and facts that are sure to pique the interest of young readers.

Cons:  There’s not a lot of information or additional resources; some facts, like “Elephants have an excellent sense of smell” don’t get any additional explanation.