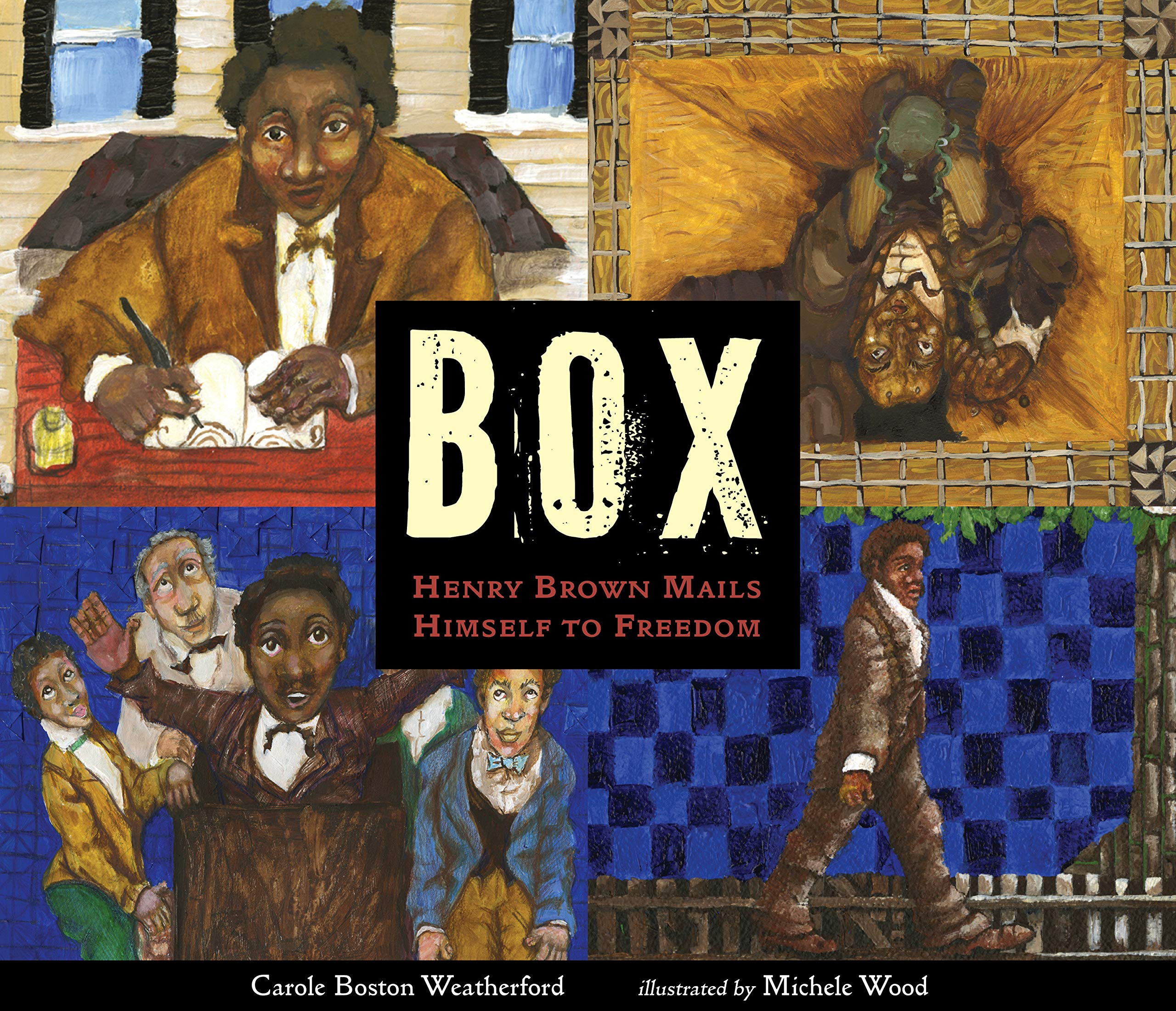 Summary:  Henry Brown’s story has been told before, probably most famously (for kids) in the Caldecott Award winning Henry’s Freedom Box by Ellen Levine. Here, the narrative is in the form of a series of six-line poems.  They focus not only on Henry’s story, but on other aspects of slavery, including Nat Turner’s rebellion and the division of families, both Henry’s family of origin and later, his forced separation from his wife and children.  His harrowing escape in a sealed box traveling for two days from Virginia to Philadelphia is described, as well as the almost fifty years he lived afterward.  Brown published his story, The Narrative of the Life of Henry Box Brown, and created a moving panorama that he exhibited in both the U.S. and England, remaining overseas with his wife and daughter for almost 25 years.  Includes a timeline of both Henry Brown’s life and other significant events that occurred during his lifetime, a bibliography, and an illustrator’s note.  40 pages; grades 4-8.

Pros:  This would make an excellent companion to Henry’s Freedom Box, giving older students a chance to delve into Brown’s life a little deeper.  The first-person poems are enhanced by the mixed media folk art illustrations.  It would be an interesting twist in children’s literature history if this book received a Caldecott medal or honor next year.

Cons:  Due to the nature of poetry, readers have to make a fair number of inferences to understand the details of Henry Brown’s life.  An introductory note would have maybe made this a little simpler, as would reading this in conjunction with Ellen Levine’s book.