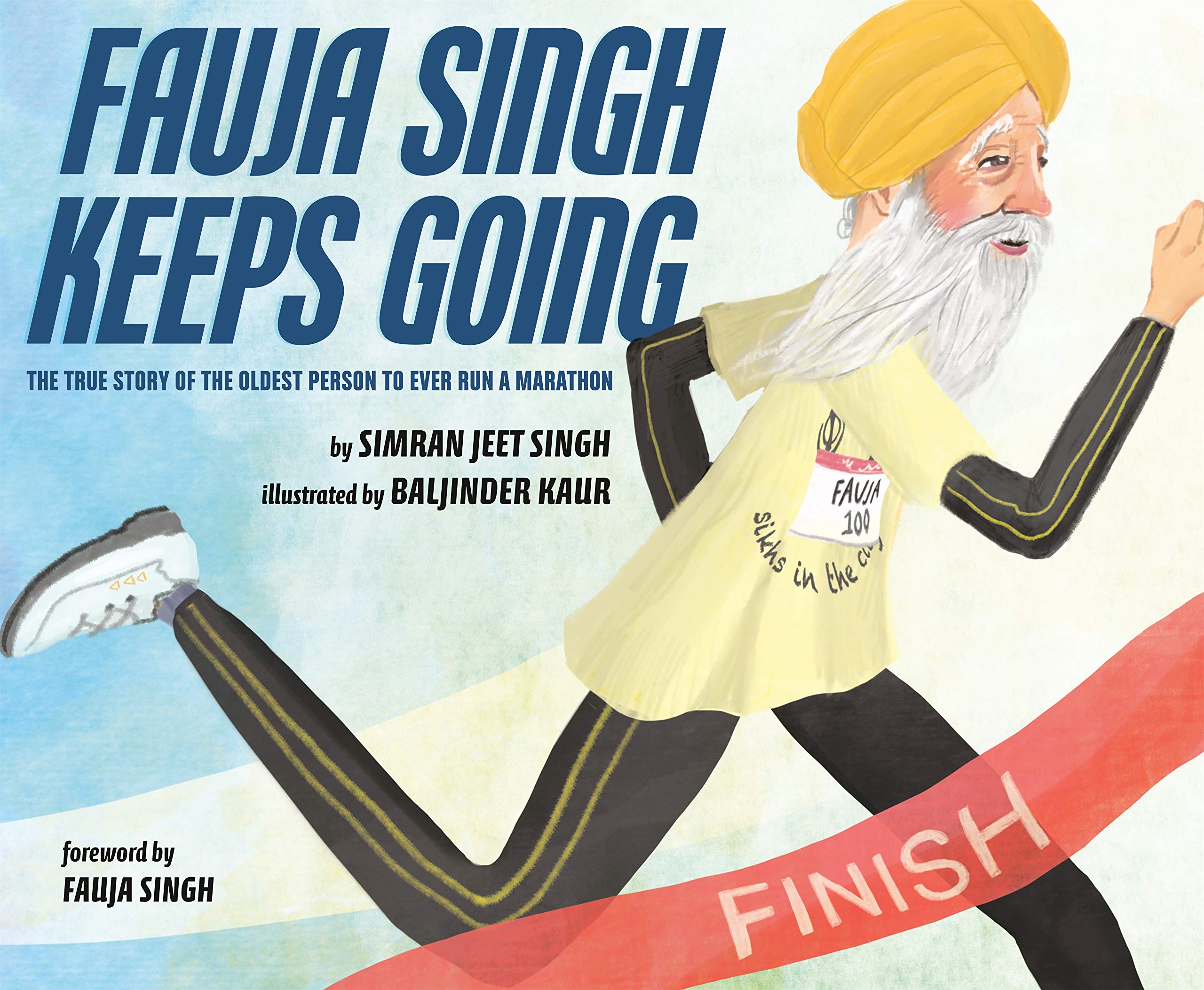 Summary:  Throughout his life, Fauja Singh has heard people telling him his limitations.  He didn’t learn to walk until he was almost five years old.  School was too far for him to get to.  After his wife died and his family moved away, he was lonely.  This refrain is repeated throughout the story:  “But Fauja did not listen and Fauja did not stop.”  He did learn to walk, and worked hard to become strong enough to walk a mile.  Because he couldn’t go to school, he learned to be a farmer instead.  And at age 81, he left India to live with his family in England.  At first he was sad and lonely, but one day he saw people running on TV.  They looked so happy that he decided to try it.  Every day, he ran a little further and a little faster.  He eventually decided to run a marathon.  When he heard that people of his faith, Sikhs, were experiencing discrimination in the U.S., he decided to run in the New York City marathon.  After that, he decided to be the first 100-year-old to complete a marathon, and reached this goal in Toronto in 2011.  Includes an introduction by Singh (age 108 when he wrote it); an afterword with additional information and a photo; and a list of the national (UK) and world records he holds.  48 pages; ages 4 to 104 (and up).

Pros:  If you need inspiration to stop reading and get off your couch, here it is!  Even if you are 56 (just as a random example), you still have almost half a century left to run a marathon!  And even if you don’t want to run a marathon, Fauja Singh’s story is an inspiring one of perseverance, kindness, and trusting yourself.

Cons:  The NYC marathon part of the story is kind of a bummer. One thought on “Fauja Singh Keeps Going: The True Story of the Oldest Person to Ever Run a Marathon by Simran Jeet Singh, illustrated by Baljinder Kaur”