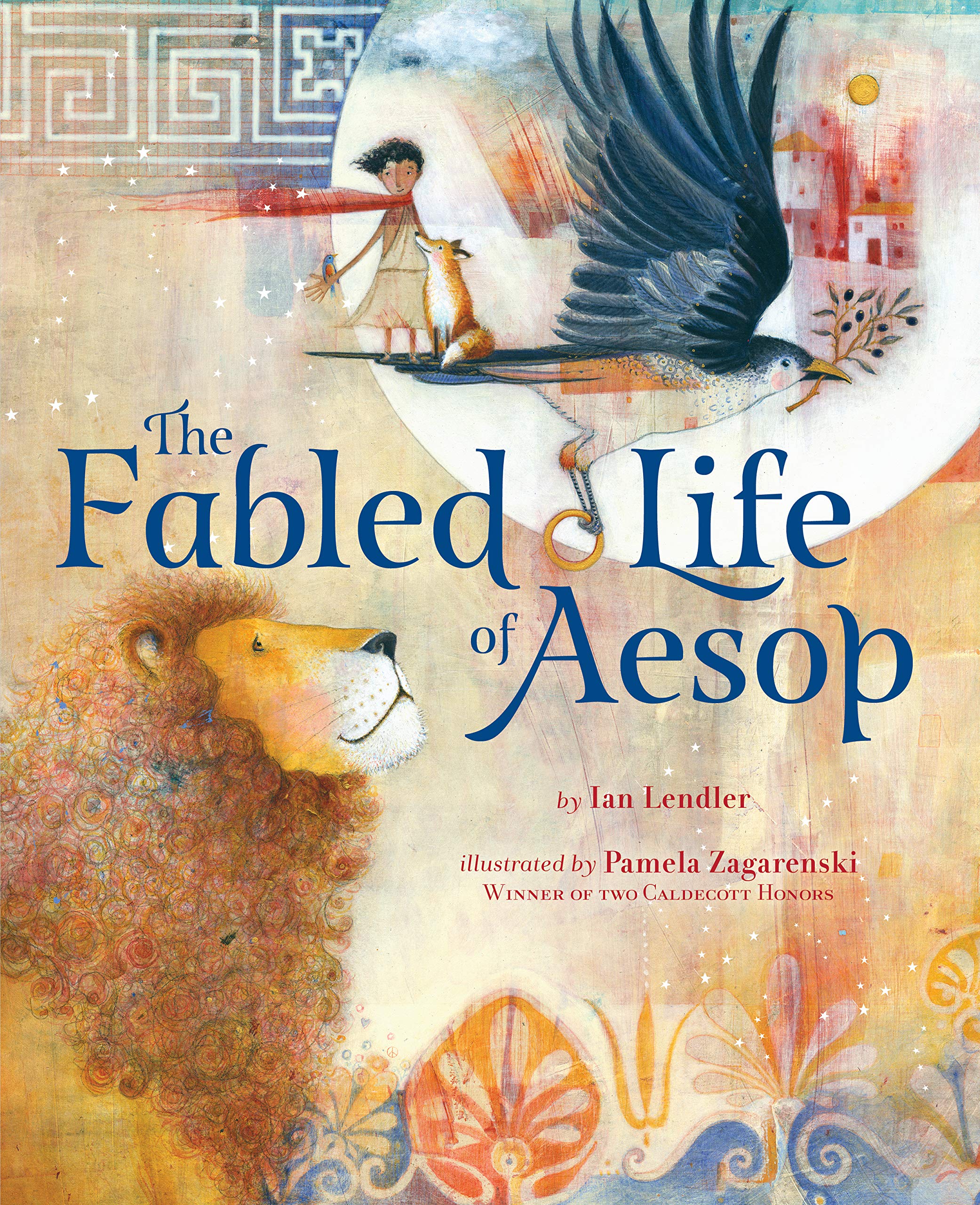 Summary:  Aesop was born a slave in ancient Greece over 2000 years ago.  He learned that speaking out could be dangerous in his position, so he learned to talk in code, telling stories about the powerless and the powerful through his fables.  Following an introduction to Aesop’s life, the book presents ten fables.  Each telling is only a few paragraphs, with an illustration or two, and the moral in gold type at the end.  The final few pages recount how Aesop was freed, and how his fables were told for many years before they were finally published in book form.  Includes an afterword that explains more about what we do and don’t know about Aesop and which parts of his story in this book are true; also, a bibliography.  64 pages; grades K-5.

Pros:  An excellent introduction to Aesop’s fables, giving some context  about how they are not only lessons about morality, but give advice on “how to survive in a world in which some have power and some do not.”  Caldecott honoree Pamela Zagarenski will surely get some additional consideration for her beautiful illustrations here.

Cons:  I would have preferred that the afterword were a foreword, so readers would be aware of the uncertainties around Aesop’s history before reading the pages about his life.

One thought on “The Fabled Life of Aesop by Ian Lendler, illustrated by Pamela Zagarenski”