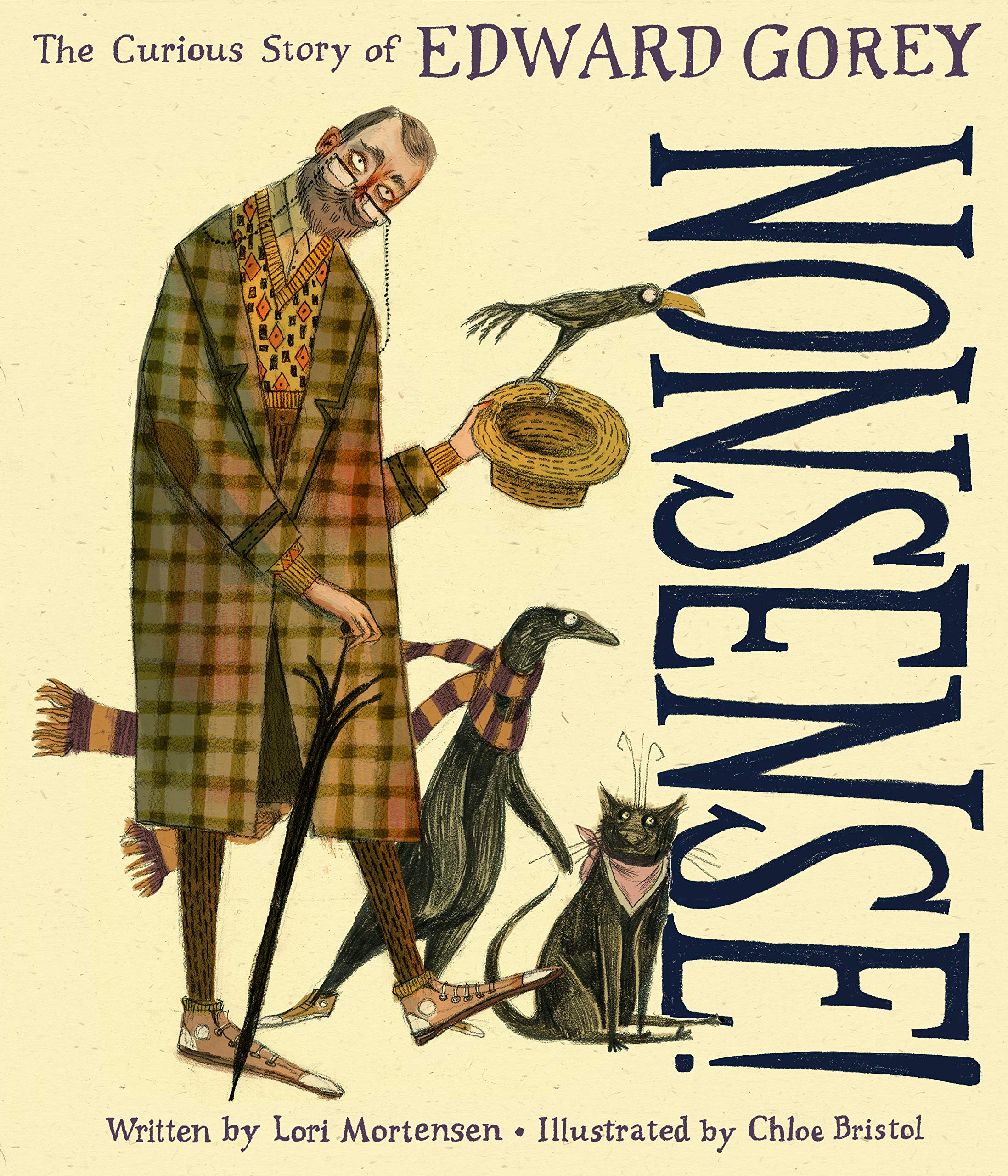 Summary:  Growing up in Chicago, Edward Gorey was an avid reader, enjoying books as different from each other as Alice In Wonderland and Dracula.  A solitary child who skipped three grades and moved a dozen times, he loved passing hours writing and drawing.  After a stint in the army and four years at Harvard, Edward moved to New York City where he worked in the art department of a publisher.  After work, he wrote his own stories filled with ghastly silliness.  A group of mothers found his book The Beastly Baby so disturbing that they ripped it up and mailed the pieces to him.  But Edward was rarely influenced by what other people thought, and went his own way to achieve his own form of success.  Includes an author’s note with additional information, a photo, and additional sources of information.  40 pages; grades K-5.

Cons:  Those not familiar with Gorey’s works, including most of today’s kids, may not fully appreciate this book.