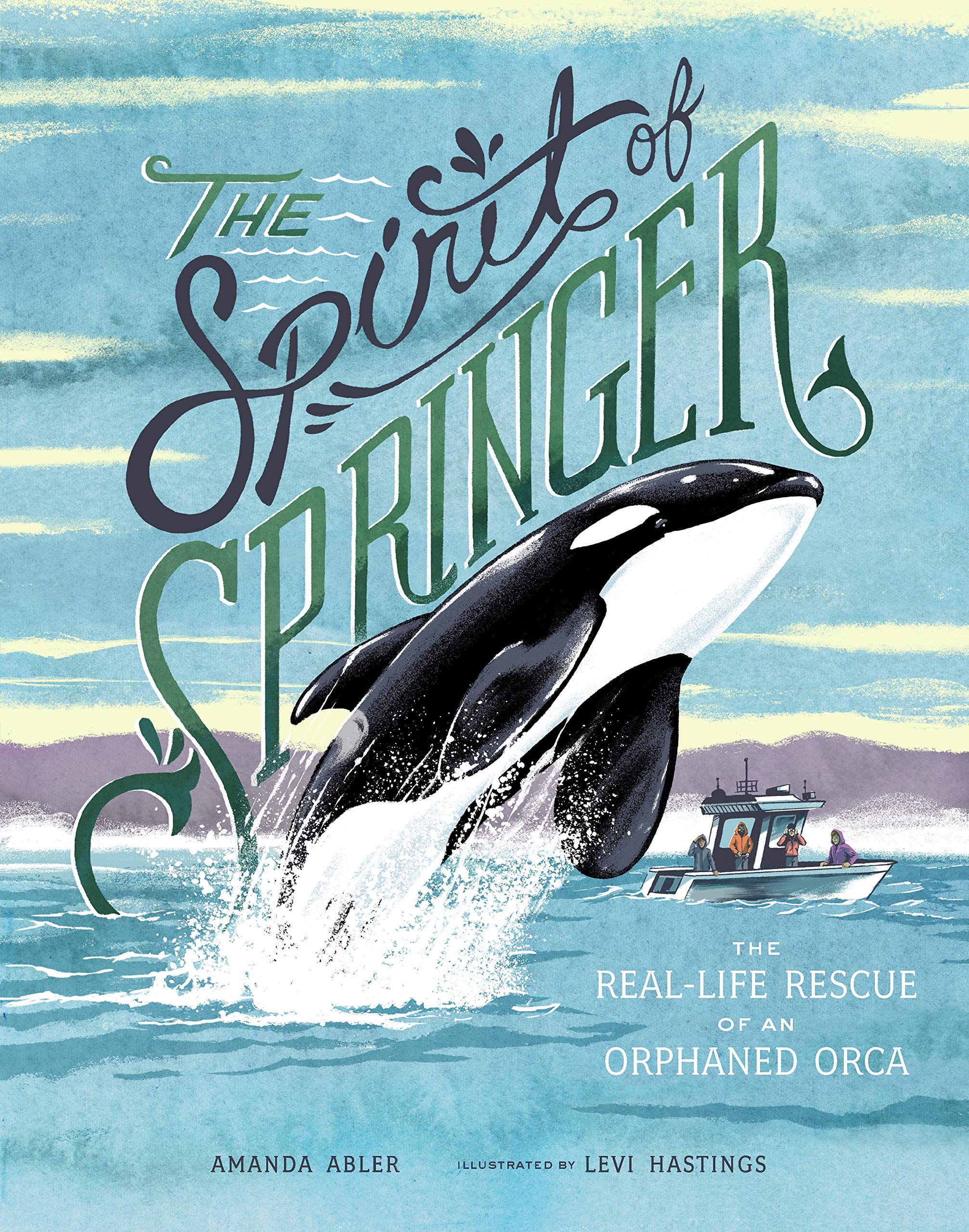 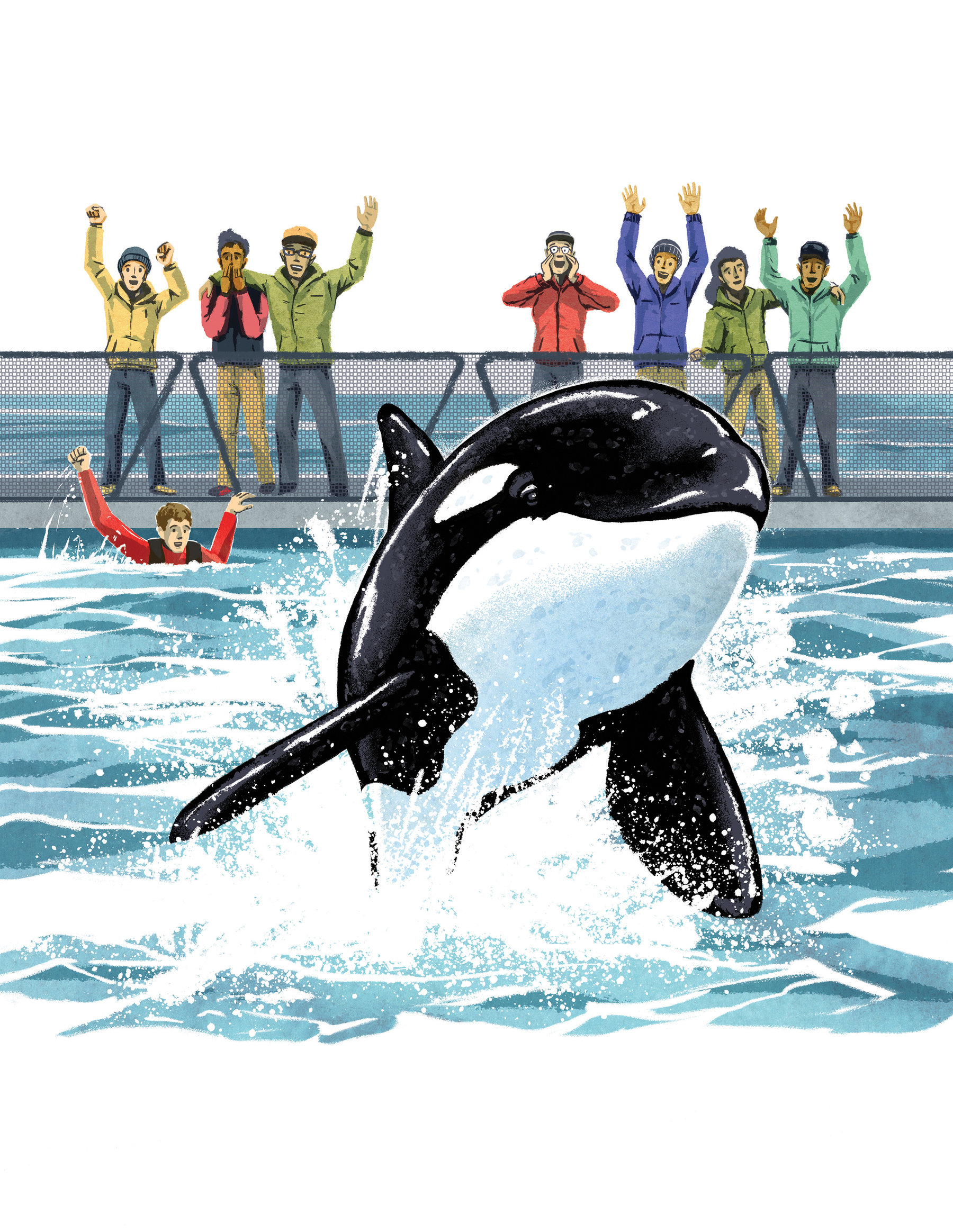 Summary:  In January, 2002, an orca calf was discovered by herself near Seattle.  Scientists could tell from her dialect that she was from a pod that lives near Vancouver Island.  Using photos from that pod, they identified her as Springer, a two-year-old female.  Springer was too malnourished to be transported that distance, so scientists began a program of rehabilitation, trying to interact with her as little as possible so she could be reintroduced to her pod.  Six months later, she was healthy enough to travel, and made the trip to Dong Chong Bay in Canada, where she was welcomed by a group of First Nations people and two bald eagles.  It took awhile, but Springer eventually reconnected with her pod and was adopted by a female cousin.  Fourteen years later, in 2016, Springer was spotted again, this time with a calf of her own, whom scientists named Spirit.  48 pages; grades 2-5.

Pros:  Kids will fall in love with Springer and root for her to get back to her family.  They’ll also learn about the painstaking work scientists do to learn about orcas.  This would make a nice companion to A Whale of the Wild, the new book by Rosanne Parry.

Cons:  While I liked the illustrations, the predominantly blue, black, and white palette didn’t make for a very eye-catching cover.