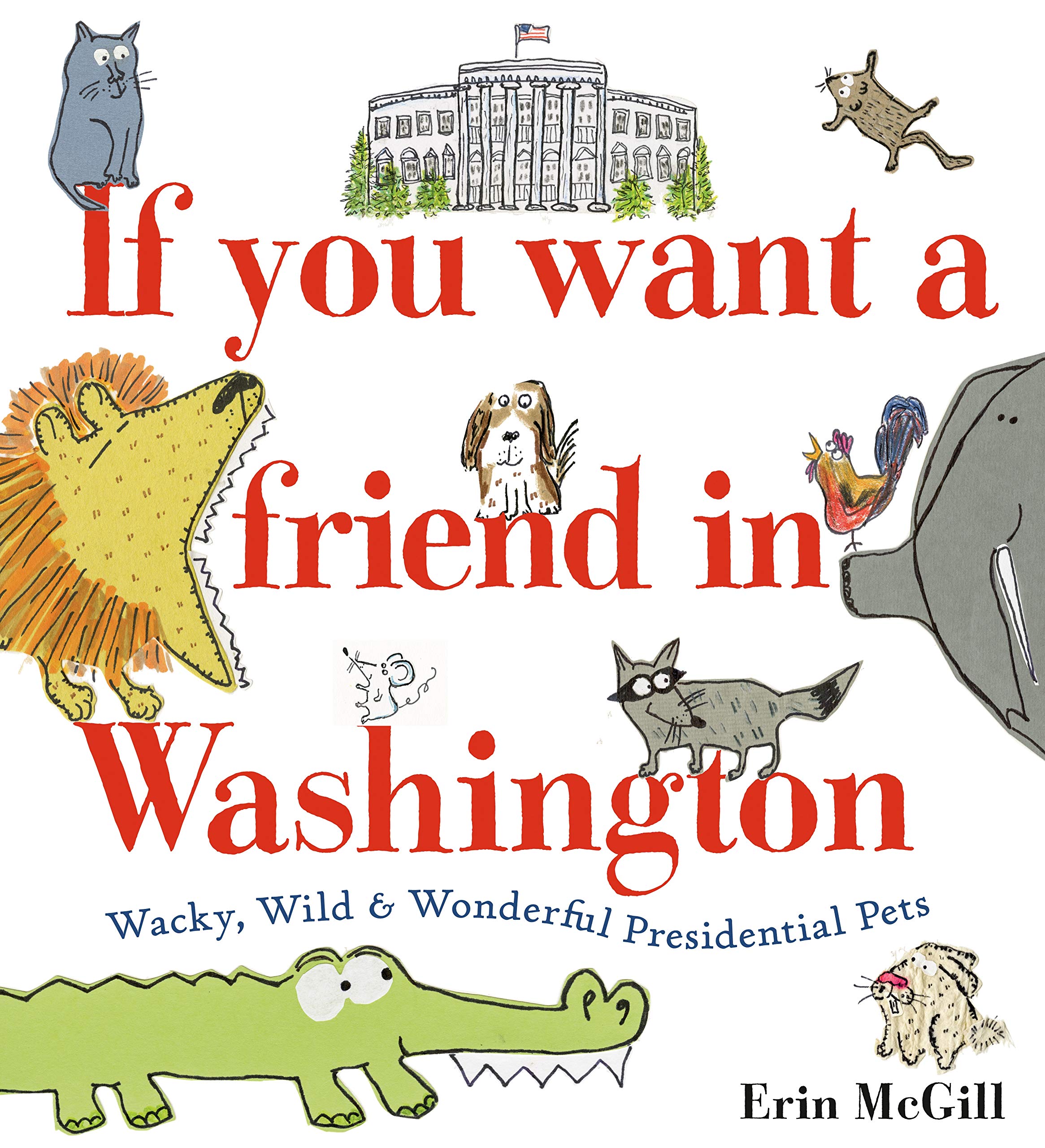 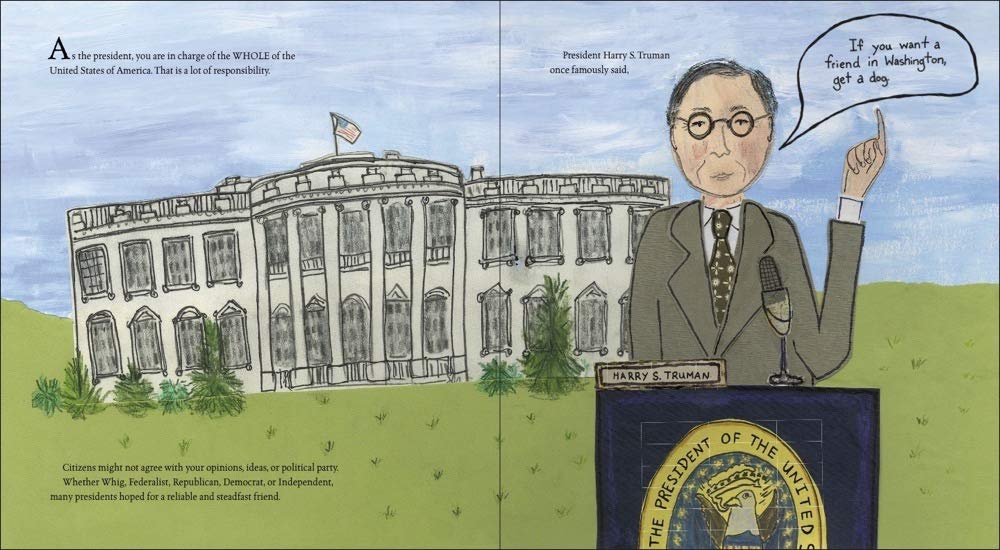 Summary:  Harry S. Truman allegedly once said, “If you want a friend in Washington, get a dog.”  He didn’t take his own advice, but plenty of other presidents did.  A two-page spread shows all the presidential dogs, from the dozen owned by George Washington (including Drunkard, Tipler, and Tipsy…hmm) to Bo and Sonny Obama.  Not a dog person?  Don’t worry, you can also get acquainted with cats, horses, birds, and farm animals owned by the chief executives.  Then, there were the unusual animals: Calvin Coolidge apparently owned a wallaby, pygmy hippo, black bear, and two lions named Tax Reduction and Budget Bureau.  The pygmy hippo was a gift that went straight to the National Zoo, as, presumably, did the other wild animals.  From silkworms (John Quincy Adams) to a herd of elephants (sent to James Buchanan; didn’t arrive until he was succeeded by Lincoln, who sent them back to the king of Siam), pets have played an important role in the lives of almost all our presidents.  (Except, of course, the current one.) Includes a list of all the presidents, their years in office, their pets, and some fun facts; several photos on the endpapers.  44 pages; grades 1-5.

Pros:  This seems like an easy sell to kids, as many are interested in the presidents, and who doesn’t want to read about pets?  The illustrations are a bit goofy, but fun, and there’s lots of interesting trivia to share.

Cons: Some of the anecdotes were so short that they left me wanting to know more; for instance, I didn’t really understand the scandal around Jackie Kennedy’s horse being naked.  In that particular case, after reading more about it, I still don’t get it.