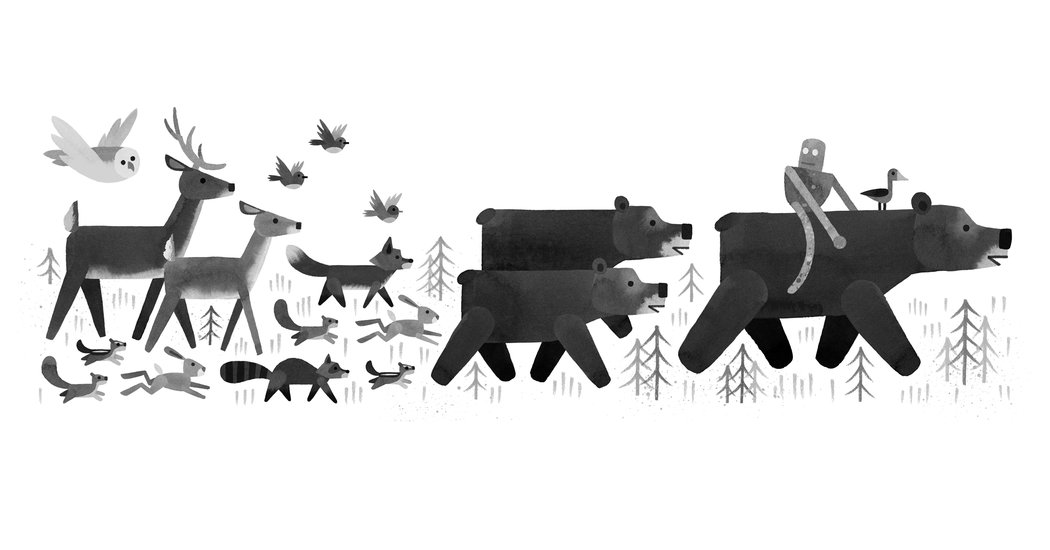 Summary: When a ship carrying 500 robots sinks in a hurricane, only one of the robots survives. She is ROZZUM Unit 7134, better known as Roz, and she washes up on an island inhabited only by animals. As she explores the island to learn more about her new home, the animals fear they are being invaded by a monster. Gradually, they learn that she likes to help them, and they, in turn, help her. When she adopts an orphaned gosling and builds a nest for herself and her new son, she becomes a full-fledged member of the community. Her building and fire-making abilities save the animals during an unusually frigid winter. Roz’s happy world is shattered, though, when her robot past catches up with her. War comes to the island as the animals seek to protect her. Can this robot really be “wild”, or must she be true to her automaton nature? 288 pages; grades 3-7.

Pros: Charlotte’s Web meets The Iron Giant in this debut novel from illustrator Peter Brown. The story is touching without being sappy or emotional, and thought-provoking without being preachy. If I were on the Newbery committee, this would be going to the top of my list.

Cons: The ending is a little dark. Until the last few chapters, I thought this would be a perfect read-aloud for grades 2 and up. After finishing it, I would say grade 3 or even 4 would be the youngest. Read it first if you’re not sure.