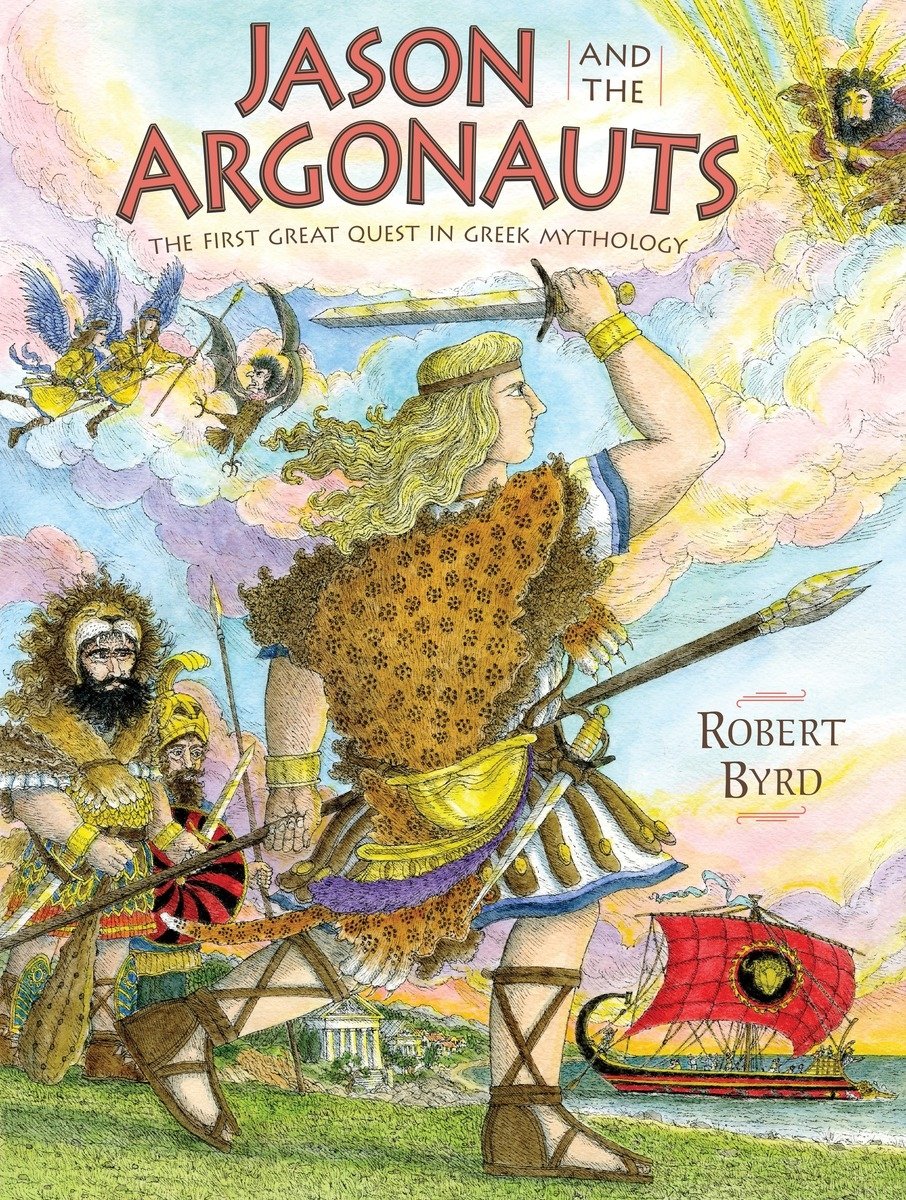 Summary:  Robert Byrd retells and illustrates the Greek myths about Jason and the Argonauts and their quest for the Golden Fleece.  He begins with the tale of how the Golden Fleece came to be, then moves on to Jason’s task to go in search of it, the help he received from Hera, and how he gathered the Argonauts to be his crew (Orpheus, Atalanta, and Hercules were all Argonauts…who knew?).  The crew sets sail, and encounters many dangers and adventures before finally returning with the Fleece, after which everything pretty much goes straight downhill.  Each two-page spread is a separate story; many have sidebars describing a deity or other mythological character who appears in the tale.  The final two pages includes brief profiles of the twelve Olympians (actually, thirteen), an author’s note, and a bibliography. Endpapers show a map of Jason’s journey.  48 pages; grades 2-5.

Pros:  A fantastic first book of mythology.  The story is an exciting adventure, with plenty of interesting details, both in the text and the illustrations.  The sidebars expand on the pantheon to introduce readers to many characters from the Greek myths.

Cons:  Those gods and goddesses sure were a fickle bunch.