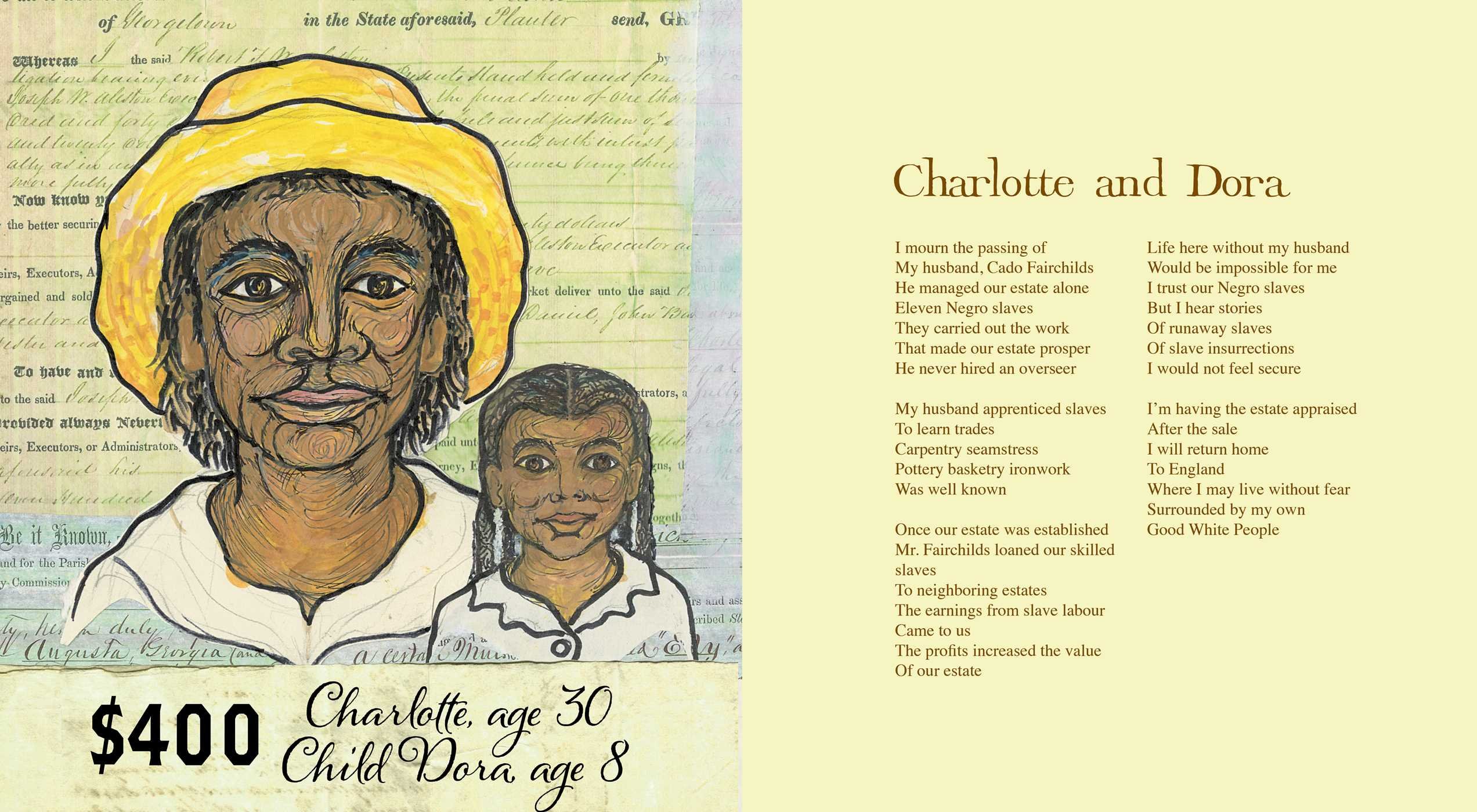 Summary:  Many years ago, as he explains in his ending author’s note, Ashley Bryan received a collection of documents relating to slavery from the 1820’s through the 1860’s.  He chose one of these, an 1828 appraisal of 11 slaves from the Fairchilds estate and created stories for each of them.  He has given each of them a name, connections to each other, and a trade or talent that each has used to increase the wealth of the estate.  Of course, this increase in wealth was not enjoyed by any of them.  Each slave has a portrait and two narrative poems, one describing himself or herself, and the other telling about his or dreams.  Almost everyone ends with a longing for freedom.  Their master has died, the mistress is selling the slaves, and they have no idea where they will end up.  The original document is shown at the end, along with the author’s note.  56 pages; grades 4-7.

Pros:  The sadness of slavery is profound in these poems of dignified, talented people, many of whom remember their lives and families in Africa.  Bryant has done a masterful job of bringing them to life, both in words and pictures.

Cons:  I wanted to know where the estate was, but no details were given.

One thought on “Freedom Over Me: eleven slaves, their lives and dreams brought to life by Ashley Bryan”