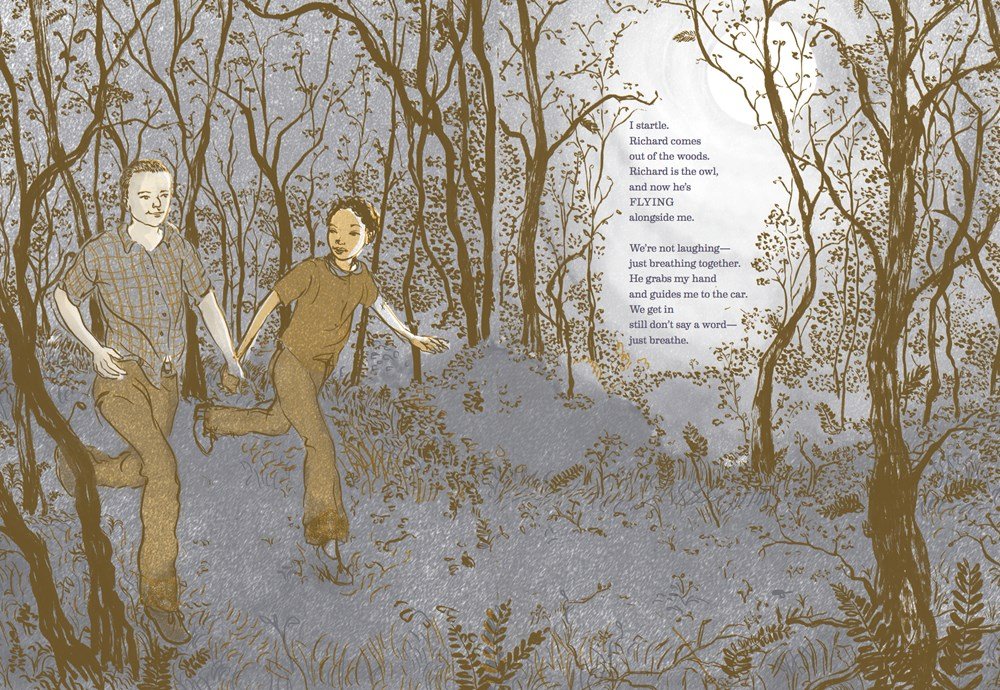 Summary: This verse novel, related in the alternating voices of Mildred Jeter and Richard Loving, tells the story behind the Supreme Court case of 1967, which ruled that interracial marriage is legal.  Mildred, of African and Native American descent and considered “colored”, and Richard, who was white, grew up as neighbors in a close-knit, integrated Virginia community.  They fell in love, had a child, and got married.  Shortly after the wedding, the local sheriff barged into their home one night, arrested them both, and sent them to jail.  They pleaded guilty and were given a suspended sentence.   Forced out of Virginia, they moved to Washington, D.C., where both were miserable.  Over the course of the next nine years, their case was appealed, finally going all the way to the Supreme Court.  The decision was overturned on June 12, 1967, and at last, they could move back near their families to raise their three children.  The story is interspersed with text and photos describing the history of the Civil Rights Movement during the same time period as the case.  A final note tells what happened to the Lovings (sadly, he was killed and she was blinded in one eye by a drunk driver in 1975); also includes a timeline and an extensive bibliography.  260 pages; grades 7-up (some PG language).

Pros:  A fascinating, timely book.  Kids may have seen the 2016 movie Loving about this case.  The first person narration makes it a personal story.

Cons:  Although the book has many beautiful illustrations, I would have liked to have seen some photos.