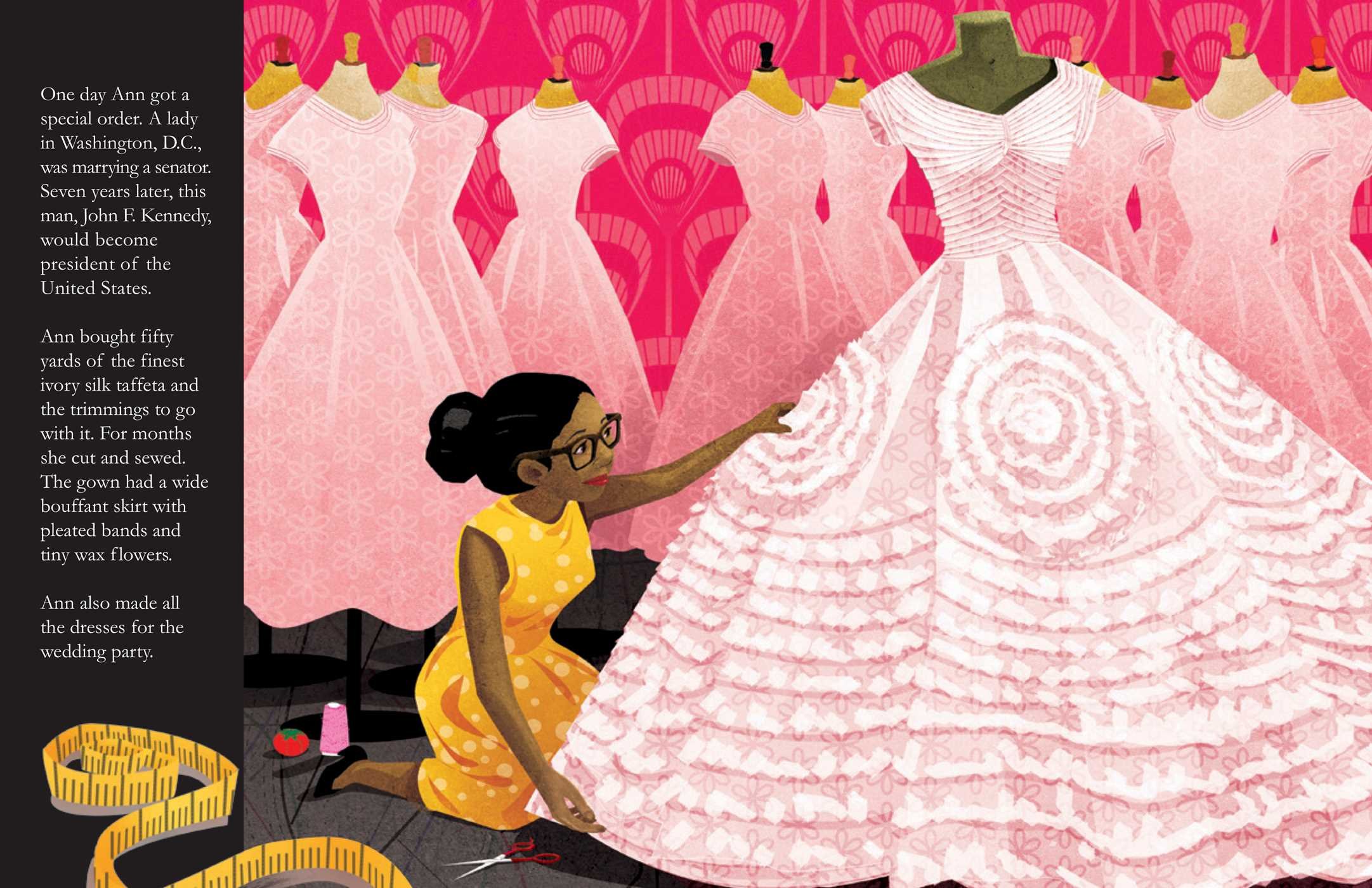 Summary:  Growing up in Alabama, Ann Cole Lowe loved to watch her mother sew beautiful dresses for women to wear to fancy parties.  When Ann was 16, her mother died, and Ann took over the business.  A few years later, a customer from Florida sent her to design school, where Ann had to study in a separate classroom, due to segregation.  After graduation, she moved to New York and opened her own shop.  Although she never made a lot of money, her gowns became well-known.  Her most famous design was Jacqueline Kennedy’s wedding dress and bridesmaid gowns.  Less than two weeks before the wedding, a pipe in Ann’s shop burst, and ten of the sixteen dresses were ruined.  She rallied, hired extra help, and got the job done, even though she lost any profit.  She continued designing and sewing well into her 70’s, her primary motivation, “to prove that a Negro can become a major dress designer.”  40 pages; grades 1-4.

Pros:  An inspiring story of a little-known woman.  The repeating refrain of the story is, “Ann thought about what she could do, not what she couldn’t change.”  Beautifully illustrated, with some of Ann’s designs gracing the endpapers.

Cons:  My constant search to find Tim Gunn and Heidi Klum lurking in the illustrations indicates I have been watching too much “Project Runway”.