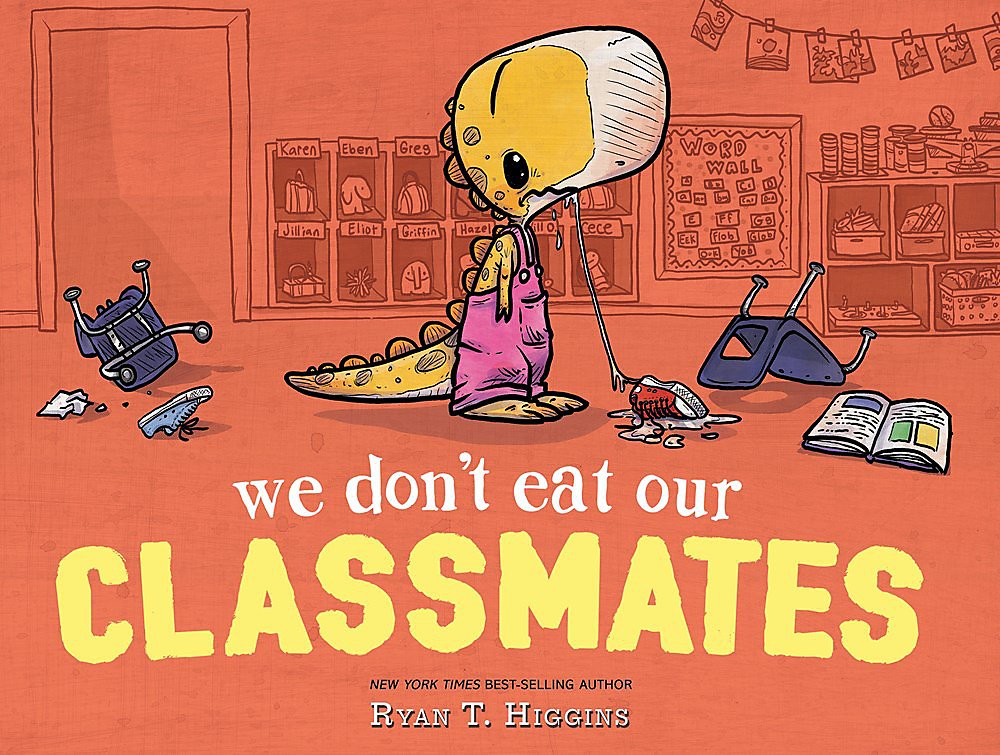 Summary:  Poor Penelope!  It’s tough enough for a young T. Rex going to school for the first time, but when she discovers her classmates are all children, she can’t resist eating them…because children are delicious!  The teacher makes her spit them all back out, but that first impression lasts, and Penelope finds herself without any friends. Her parents explain to her that she can’t eat her classmates, reminding her that “children are the same as us on the inside.  Just tastier.” Penelope tries, but she still has an occasional slip-up until she attempts to make friends with Walter, the classroom goldfish. When she sticks her finger in the water, Walter takes a bite, and Penelope does not like being someone’s snack at all!  Just looking at Walter reminds her to practice self-control, and before long Penelope has turned things around at school and is making friends. 48 pages; ages 3-7.

Pros:  A funny story about a T. Rex that also conveys good messages about treating others how you want to be treated and practicing self-control.

Cons:  I thought Penelope could have been a bit cuter; her head is kind of a cross between a beach ball and a football helmet.

One thought on “We Don’t Eat Our Classmates by Ryan T. Higgins”