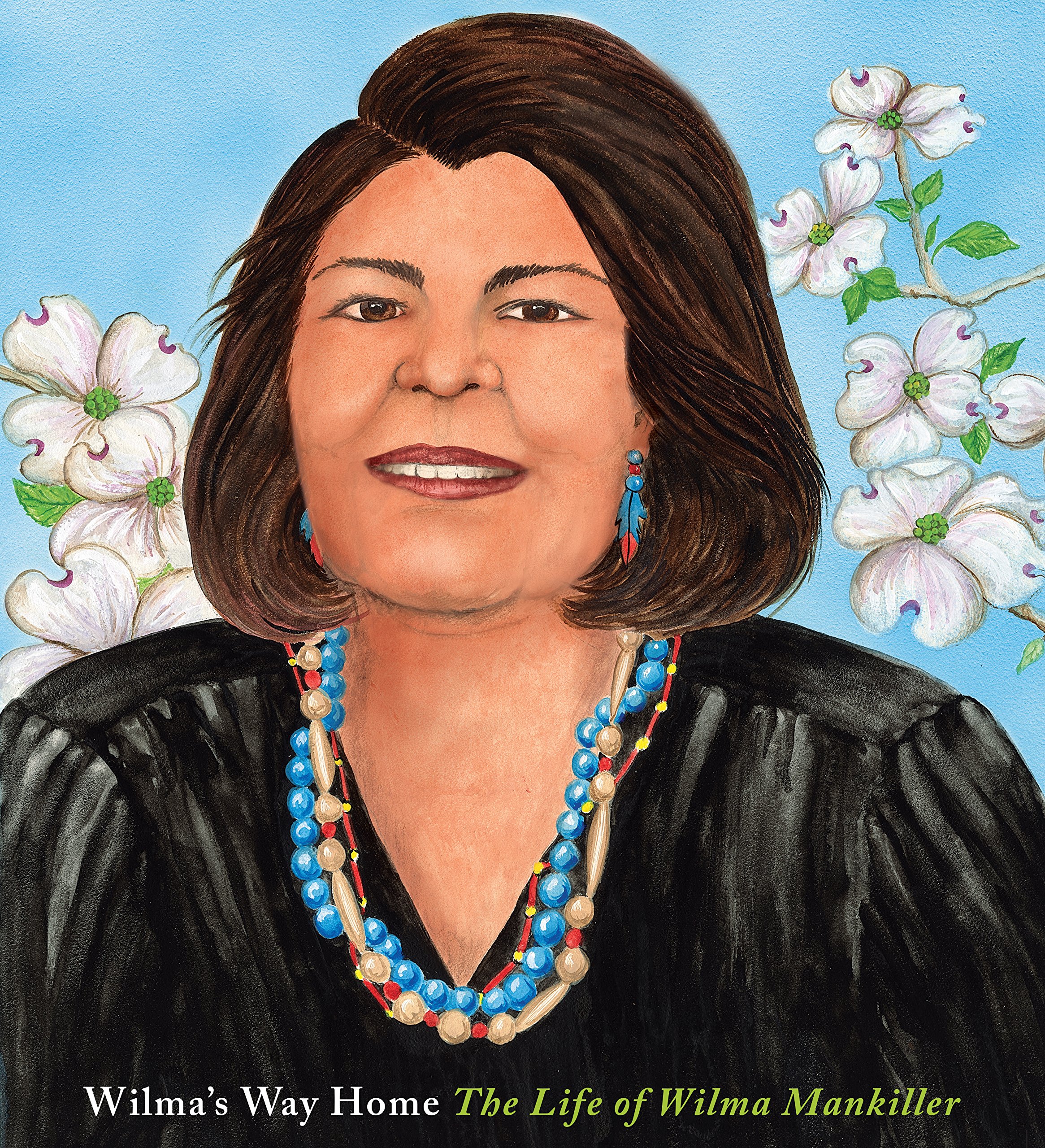 Summary:  Growing up in Oklahoma, as one of eleven children, Wilma Mankiller knew her family was poor.  She was happy, though, spending a lot of time outdoors and with the close-knit Cherokee community.  When she was 10, her family was part of a government program to move Native Americans to the cities, and they relocated to San Francisco.  Wilma hated the city and missed her old home in Oklahoma. As an adult, she returned to her roots, moving back to the Cherokee community with her two daughters.  She worked as a community developer, listening to the people in rural Cherokee communities, and helping them get the resources and services they most needed.  In 1985, Wilma became the first woman elected chief of the Cherokee nation, a position she held for the next ten years.  Includes notes from the author and illustrator, a timeline, a pronunciation guide for the Cherokee words used in the text, and lists of additional resources. 48 pages; grades 1-5.

Pros:  A beautifully illustrated biography about a leader many kids may not know; the author emphasizes Wilma’s commitment to listening to her constituents to learn what they needed instead of forcing her own ideas on them.

If you would like to buy this book on Amazon, cllick here.