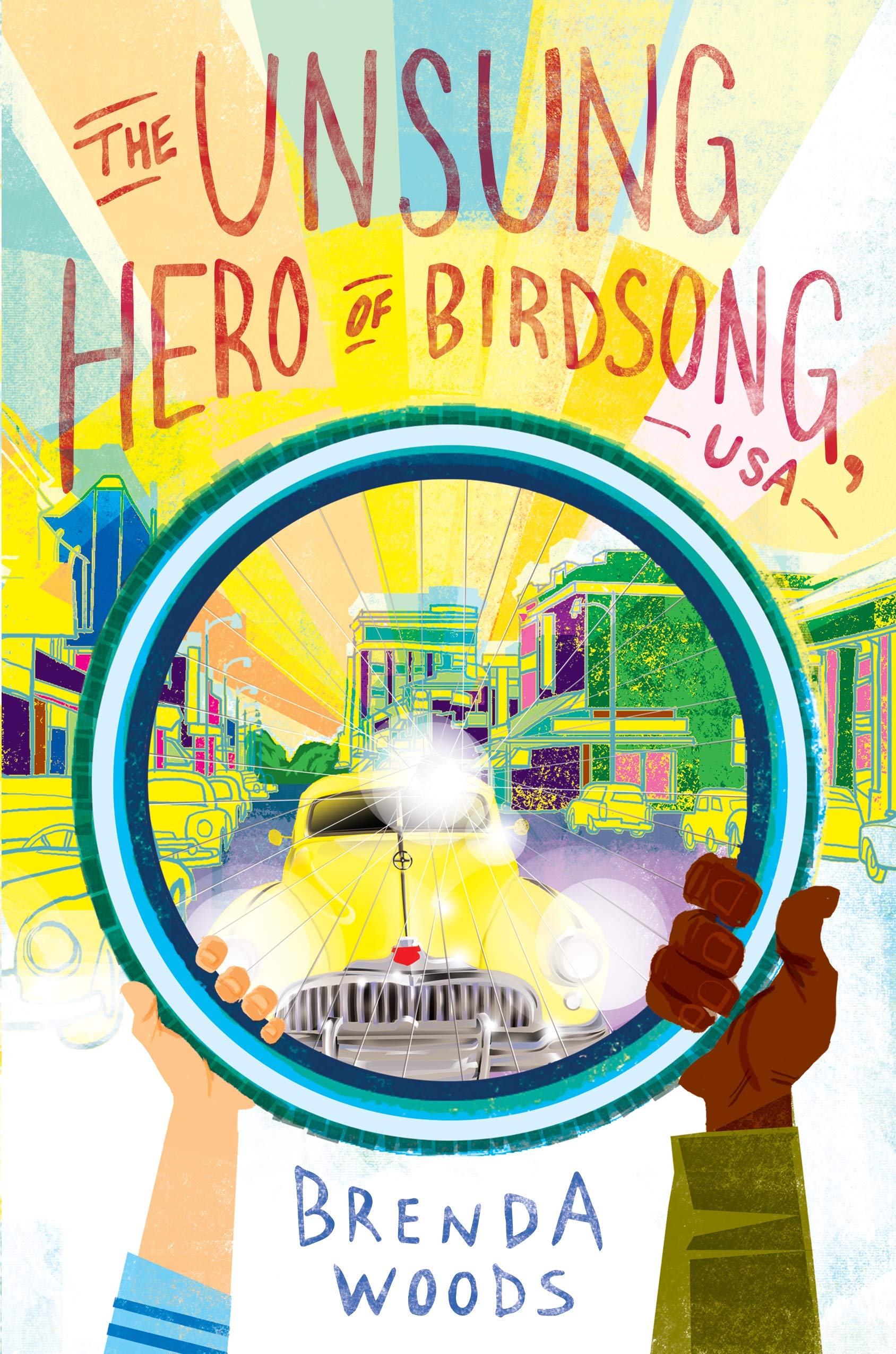 Summary:  Excited by his new birthday bicycle, Gabriel doesn’t pay attention to a red light until he’s directly in the path of an oncoming car.  Fortunately, Meriwether Hunter sees it and pushes Gabriel to safety, then manages to repair the mangled bike. Gabriel introduces Mr. Hunter to his grateful parents, and his dad offers the man a job at his car repair shop.  Hiring a black man is an unusual move for a white man in 1950’s South Carolina, and Lucas, the other mechanic and reputedly a member of the local KKK, doesn’t like it. Gabriel’s eyes are opened to the reality of his hometown as he watches the dynamics between the two men play out.  Meriwether tells Gabriel a secret: he served in World War II but must hide the fact because of the dangerous racism toward black servicemen. A near-tragic act of violence against Meriwether’s young daughter forges the friendship between the two families, but ultimately drives the Hunter family out of town to move north.  208 pages; grades 4-7.

Pros:  Readers will share Gabriel’s discoveries of some ugly truths that lurk in the town his mother calls “a peaceful, pretty place”.  The treatment of African American veterans after World War II is an aspect of racism that many may not be aware of; the author’s note states that it was one of the driving forces of the civil rights movement.

One thought on “The Unsung Hero of Birdsong, USA by Brenda Woods”