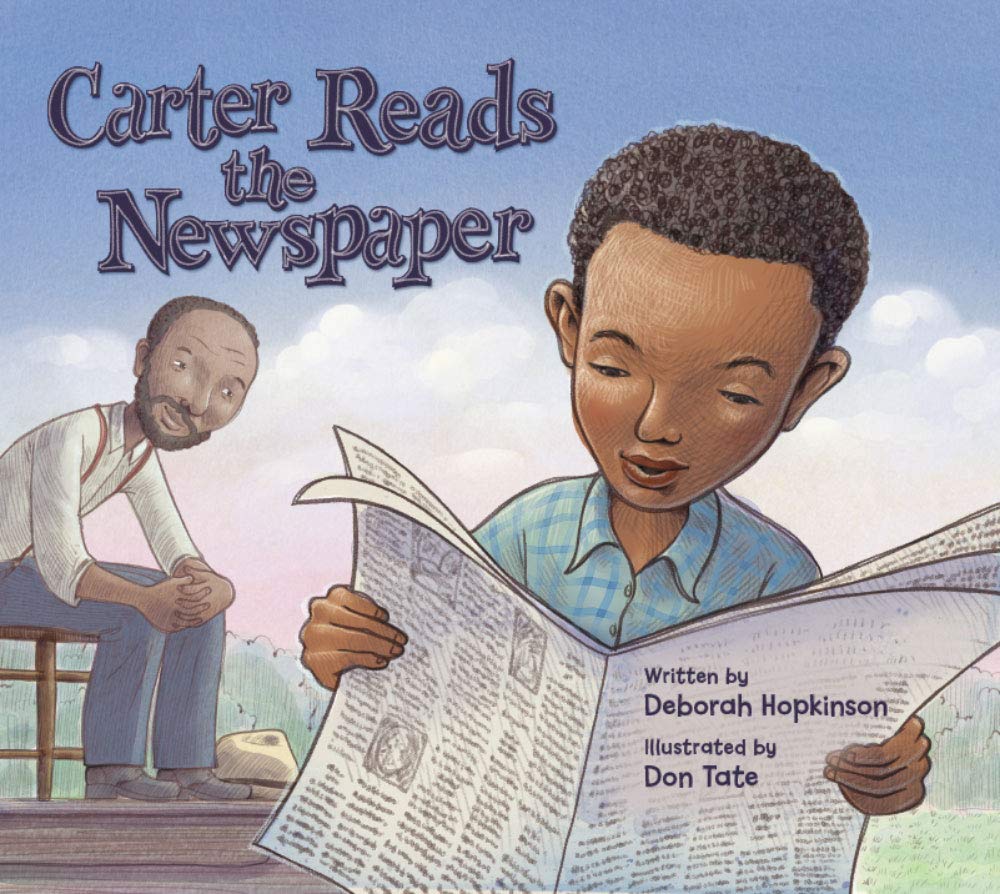 Summary:  Carter Woodson grew up on a poor farm in Virginia, the son of two former slaves.  Although his father couldn’t read or write, he liked Carter to read the newspaper to him.  Later, working as a coal miner, he often met after work with friends for snacks and more newspaper reading.  After three years in the mines, Carter was able to continue his education, and eventually got a PhD in history from Harvard (the second African-American to do so, after W.E.B. Du Bois).  For the rest of his life he championed the cause of black history. In 1926, he started Negro History Week, choosing the second week of February to mark the birthdays of both Frederick Douglass and Abraham Lincoln.  Eventually that became Black History Month, still celebrated today during the month of February.  Includes author’s and illustrator’s notes; additional resources; a list of Black leaders pictured in the illustrations; and a timeline of Woodson’s life.  36 pages; grades K-4.

Pros:  An inspiring story of a little-known man whose influence continues today.  The list of leaders that are pictured in the book would make a good starting point for some research projects.

Cons:  Too bad this book wasn’t released on January 1, instead of February 1, to make it more available during Black History Month this year.