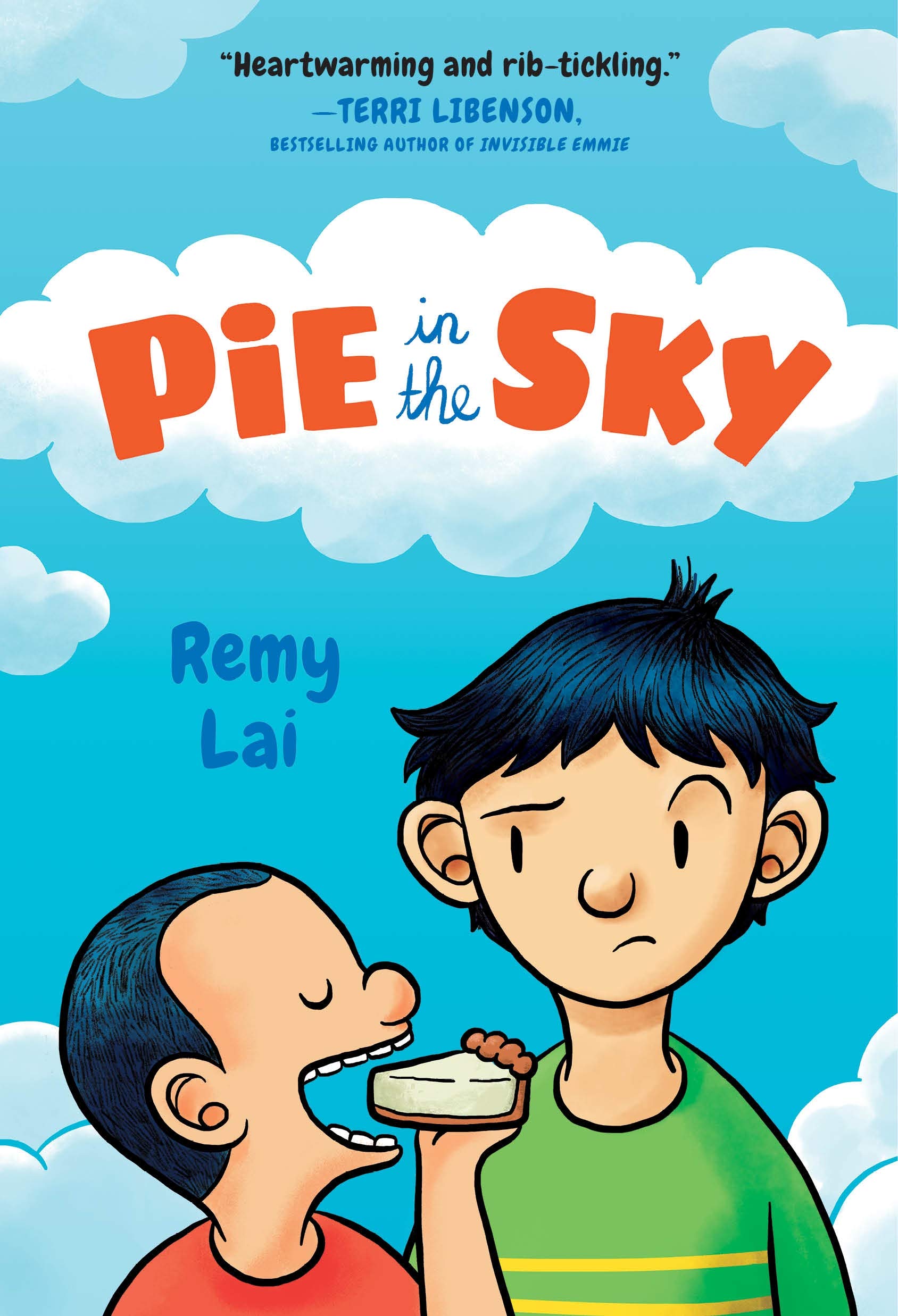 Summary:  Jingwen is struggling with his family’s move to Australia (a.k.a., Mars) from an unnamed Asian country where his parents both worked as bakers.  After his father’s death (yes, another 2019 middle grade novel about dealing with the loss of a family member), Jingwen’s mother decided to follow Dad’s dream to pursue a better life in Australia.  His younger brother Yanghao embraces the new language, while Jingwen resists learning it, weighted down by guilt over his perceived role in his father’s death. When he and Yanghao secretly make a cake one night while his mother works the late shift, he feels happier than he has in months, and decides he will make all the cakes his father dreamed of featuring in the bakery he wanted to open, Pie in the Sky.  Nights of secret baking and eating form the backdrop of the story as Jingwen slowly adjusts to his new home and comes to terms with his grief. 384 pages; grades 3-7.

Pros:  Despite Jingwen’s loneliness and grief, this story actually has a lot of humor in it.  Comic-style illustrations appear on every page, and Yanghao provides almost constant comic relief. Jingwen is able to often realized the absurdities of many of the situations he’s in, and his narration is funny in a way that tweens and young teens will appreciate.  At the same time, native English speakers will gain a deeper understanding of what life is like for ELL students, and those who are struggling with the language will feel a kinship with Jingwen.

Cons:  Jingwen received no ELL instruction, and seemed to be in a sink-or-swim situation at school.  I find it hard to believe that 21st-century Australia doesn’t do better for kids.