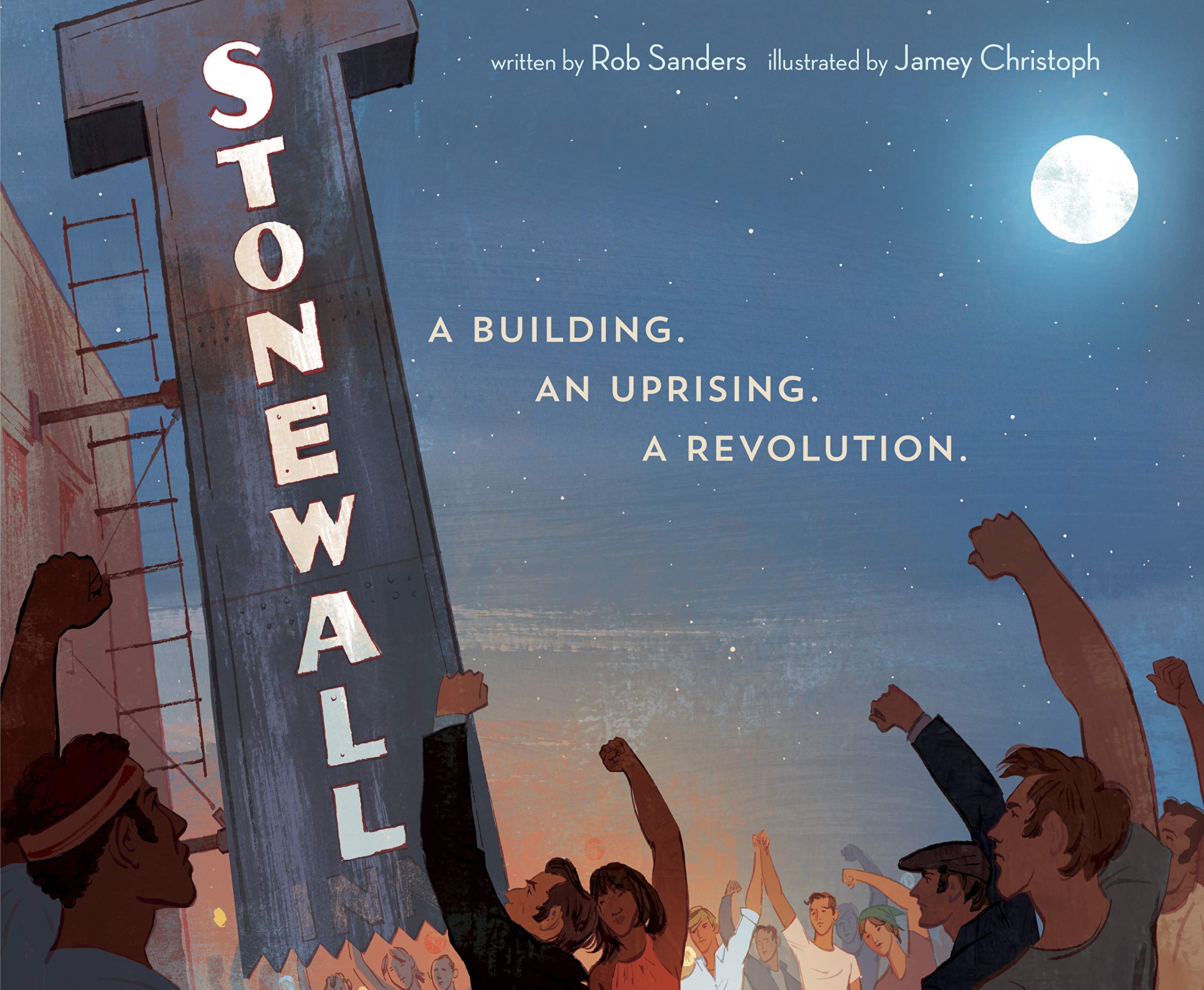 Summary:  Narrated by the building that became Stonewall, this story begins in the 1840’s when the original structure was created to stable horses.  There’s a brief history of the building’s other incarnations and the evolution of Greenwich Village before reaching the 1960’s when the Stonewall Inn became a club for gay men and women, as well as for “teenagers, transgender people, drag queens, veterans, businesspeople, students, people of different colors, religions, and cultures”.  The club was raided regularly, and each time some of its clientele would be arrested, while the rest would quietly go home. But on the night of June 28, 1969, the angry crowd confronted the police, who were driven inside Stonewall until they could call in reinforcements. In the 50 years since that night, people have celebrated June 28 as the beginning of the movement for LGBQT+ rights.  Includes additional history and photos of the Stonewall Inn; an interview with activist and Stonewall Uprising participant Martin Boyce; a glossary; and a list for further reading. 40 pages; grades K-5.

Pros:  An excellent introduction to the Stonewall Uprising that emphasizes the importance of inclusivity through the story as well as with the gorgeous illustrations.  Using the building as a narrator is a perfect way to relate the entire history of the place, placing the night of June 28, 1969 in context.

Cons:  A few reviews I saw felt there was not enough inclusion of trans people in this telling; since I’m not familiar with the history, I can’t say if this is true or not.