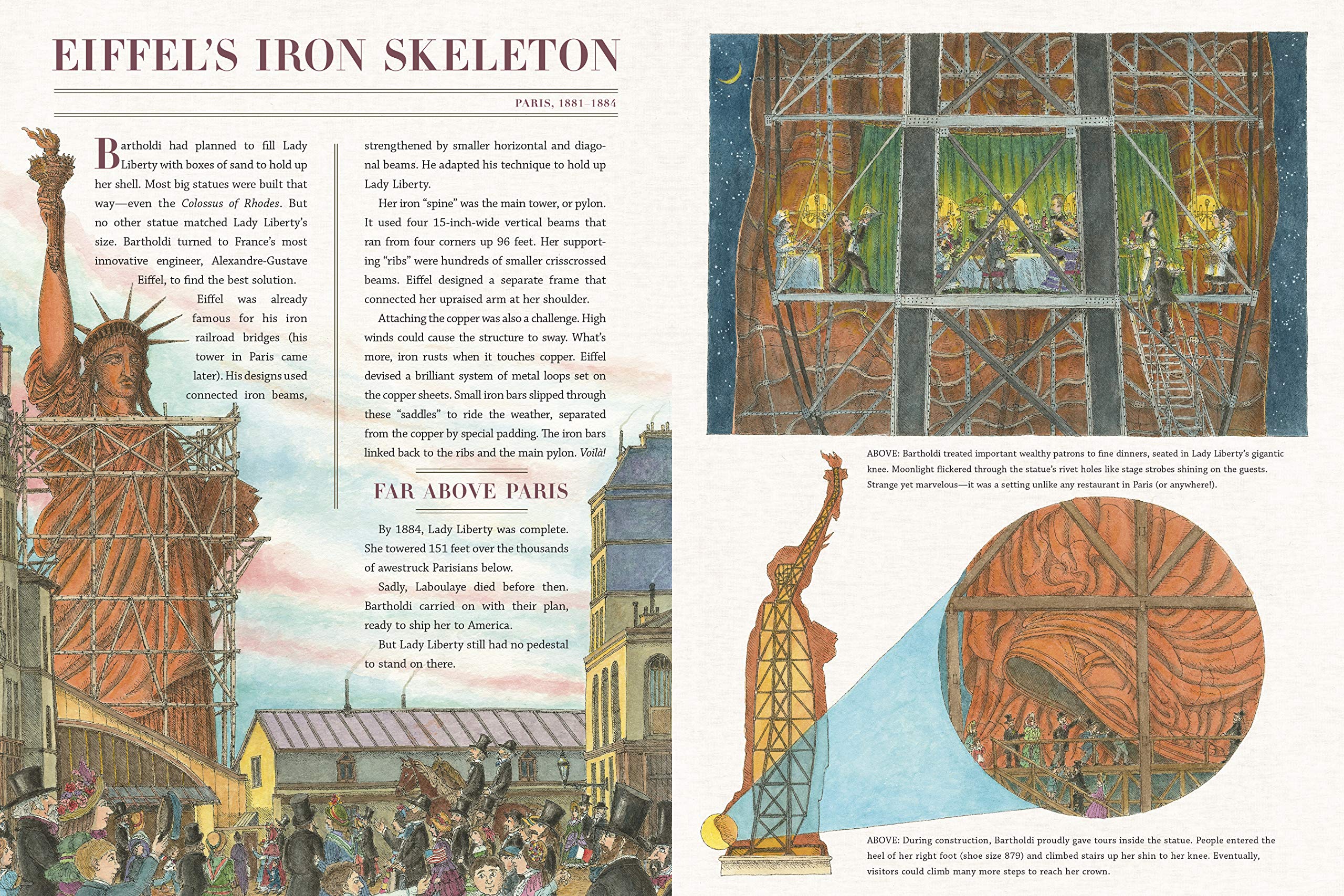 Summary:  The idea for the Statue of Liberty began in France in 1865 when Édouard de Laboulaye, a wealthy French judge who admired America, dreamed of presenting the United States with a gift for the 1876 centennial.  He enlisted sculptor Frédéric-Auguste Bartholdi who specialized in large creations. Little did the two of them realize it would take more than two decades before their dream would finally come to fruition–and Laboulaye wouldn’t live to see it.  Part of the reason for the slowdown was the logistics of constructing a 151-foot statue and shipping it to the U.S.; the other part was money for covering the cost of creating the statue, shipping it, and building the base for her to stand on. Joseph Pulitzer finally solved the problem by challenging Americans to donate through his newspaper, the World, and approximately 121,000 people sent in $102,000.  On October 28 , 1886, Liberty Enlightening the World–more commonly known as the Statue of Liberty–was dedicated in New York Harbor.  Includes a diagram showing measurements of different parts of the statue; a timeline; a bibliography of books for adults and children and online sources; and Emma Lazarus’s poem printed on both endpapers.  40 pages; grades 2-6.

Pros:  This oversized book offers a wealth of fascinating, engagingly written information about the origins of the Statue of Liberty, all illustrated with Robert Byrd’s detailed watercolors.  Fun for browsing, and plenty of facts for research.

Cons:  The small, dense text may be a bit off-putting to kids.