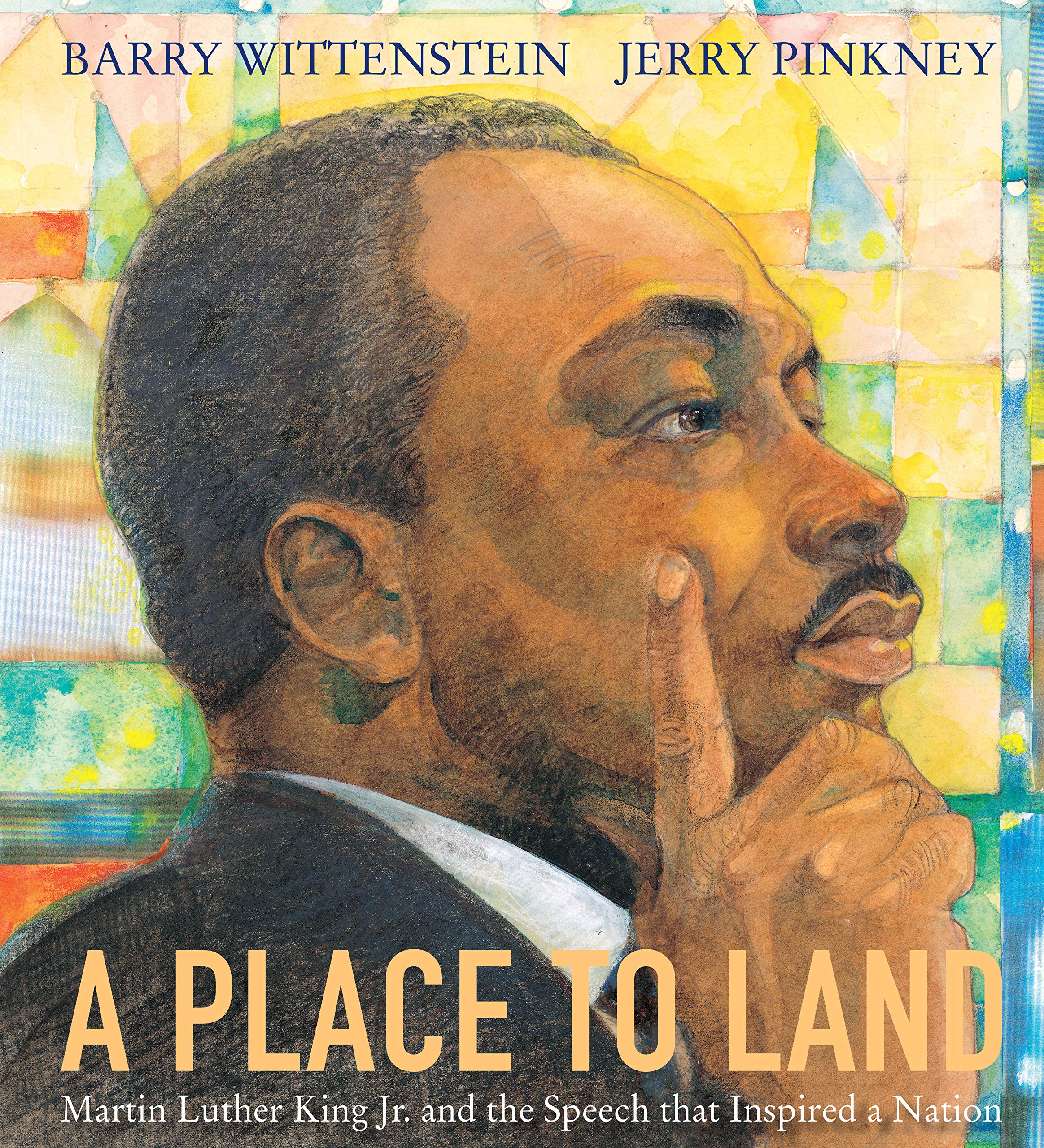 Summary:  Martin Luther King Jr.’s “I Have a Dream” speech is such an integral part of American history, it’s difficult to believe that it almost didn’t happen.  This book starts the night before the speech, when King sat down with his closest advisors to hash out what he was going to say the next day.  The focus was on jobs and economic justice, and one friend even advised, “Don’t use the line about ‘I have a dream.’ You have used it too many times already.”  King then retired to his room to meditate and pray about what he was going to say. Shortly after 3:00 the next afternoon, he delivered his speech. It went well, but didn’t seem quite powerful enough to him.  So when singer Mahalia Jackson called to him, “Tell them about the dream, Martin!”, he put his notes aside and spoke from his heart. Back at the hotel, he and his friends celebrated the speech, knowing that it was just the beginning of a long struggle ahead. Includes notes from the author and artist; thumbnail sketches of who was in the hotel that night; a list of who spoke at the March on Washington; and a bibliography.  48 pages; grades 2-6.

Pros:  So many picture books have been written about Martin Luther King, Jr. and “I Have a Dream”, but this one adds to the narrative, giving background to the speech and placing it in the context of the Civil Rights Movement.  Jerry Pinkney’s illustrations not only add beauty and color to the story, but label the different people that were there and who inspired King while writing his speech.

Cons:  There’s no additional information about some of the people labeled in the illustrations.