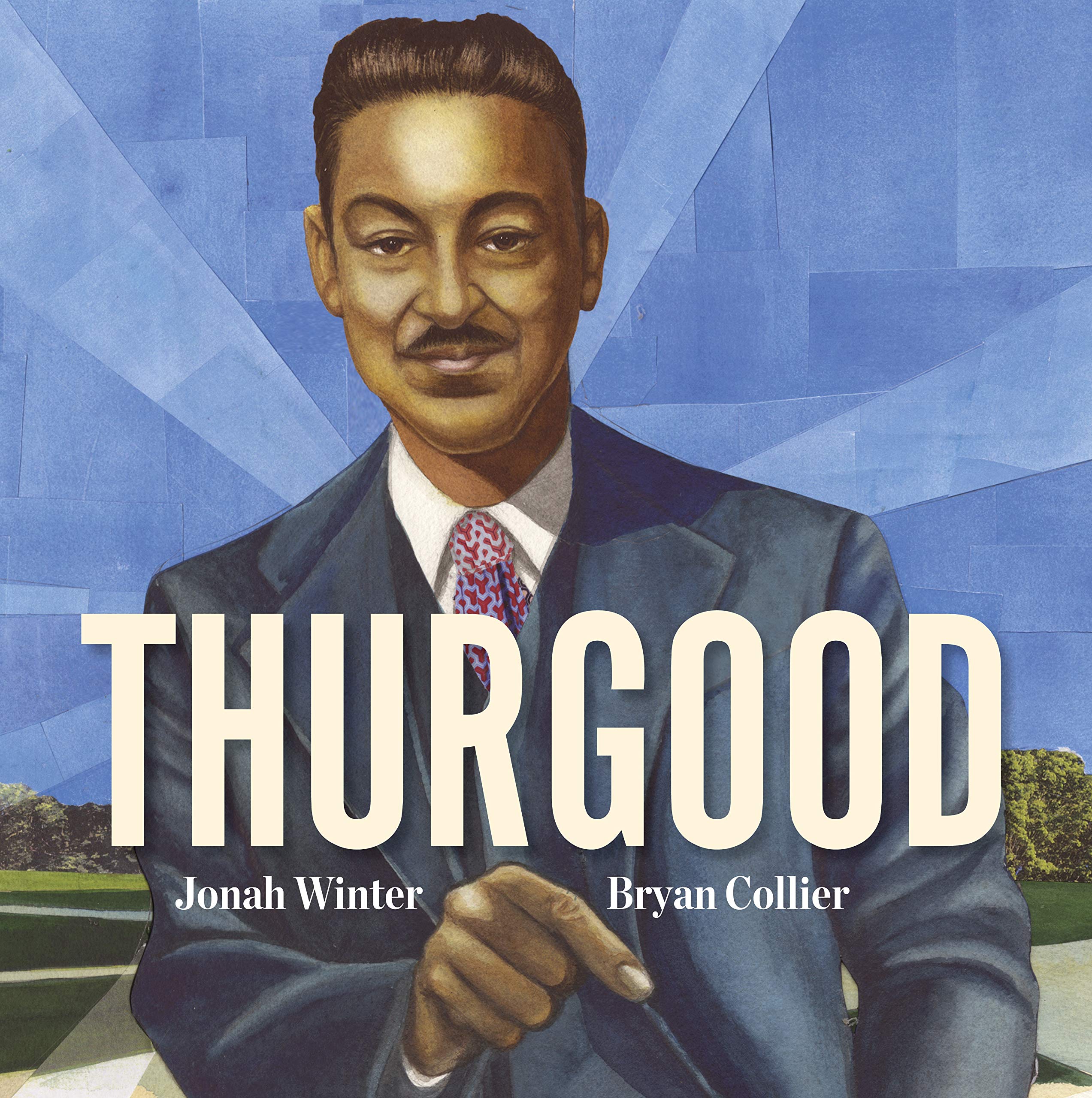 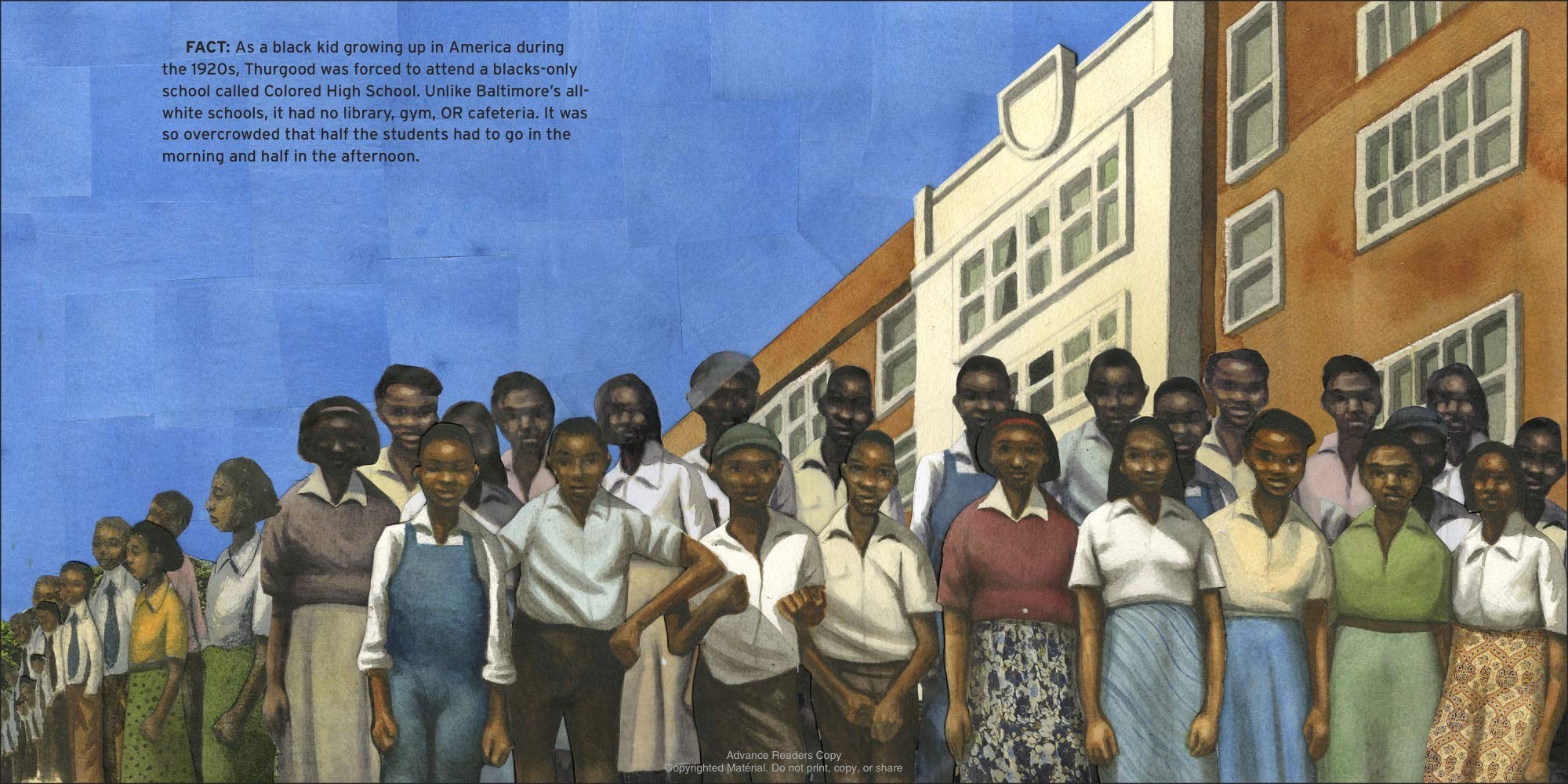 Summary:  Thurgood Marshall’s path to legal greatness began at the age of six, when he convinced his parents to legally change his name from Thoroughgood to Thurgood.  Growing up in 1920’s Baltimore, he saw injustice on a daily basis; at home, he learned from his father to back up his statements with factual evidence. After leading his high school debate team, Thurgood went on to college and then to law school at Howard University.  He became a lawyer for the NAACP, and argued 29 cases before the Supreme Court, including Brown v. Board of Education.  The book ends with that decision, simply mentioning on the last page that Marshall became the first black Supreme Court justice in U.S. history.  Includes an author’s note with more information about Thurgood Marshall’s Supreme Court appointment and career. 40 pages; grades 1-5.

Pros:  A powerful narrative about Thurgood Marshall’s life, presenting much of the information in legal terms (“Fact:”; “Verdict:”; “Injustice:”).  Bryan Collier’s illustrations boldly bring to life many dramatic scenes from Marshall’s life, in the courtroom and in unjust, sometimes dangerous settings growing up in Baltimore and traveling through the South.

Cons:  The author’s note states, “A forty-page picture book such as this cannot possibly convey the magnitude of his legacy”, yet there are no resources for additional research.

One thought on “Thurgood by Jonah Winter, illustrated by Bryan Collier”