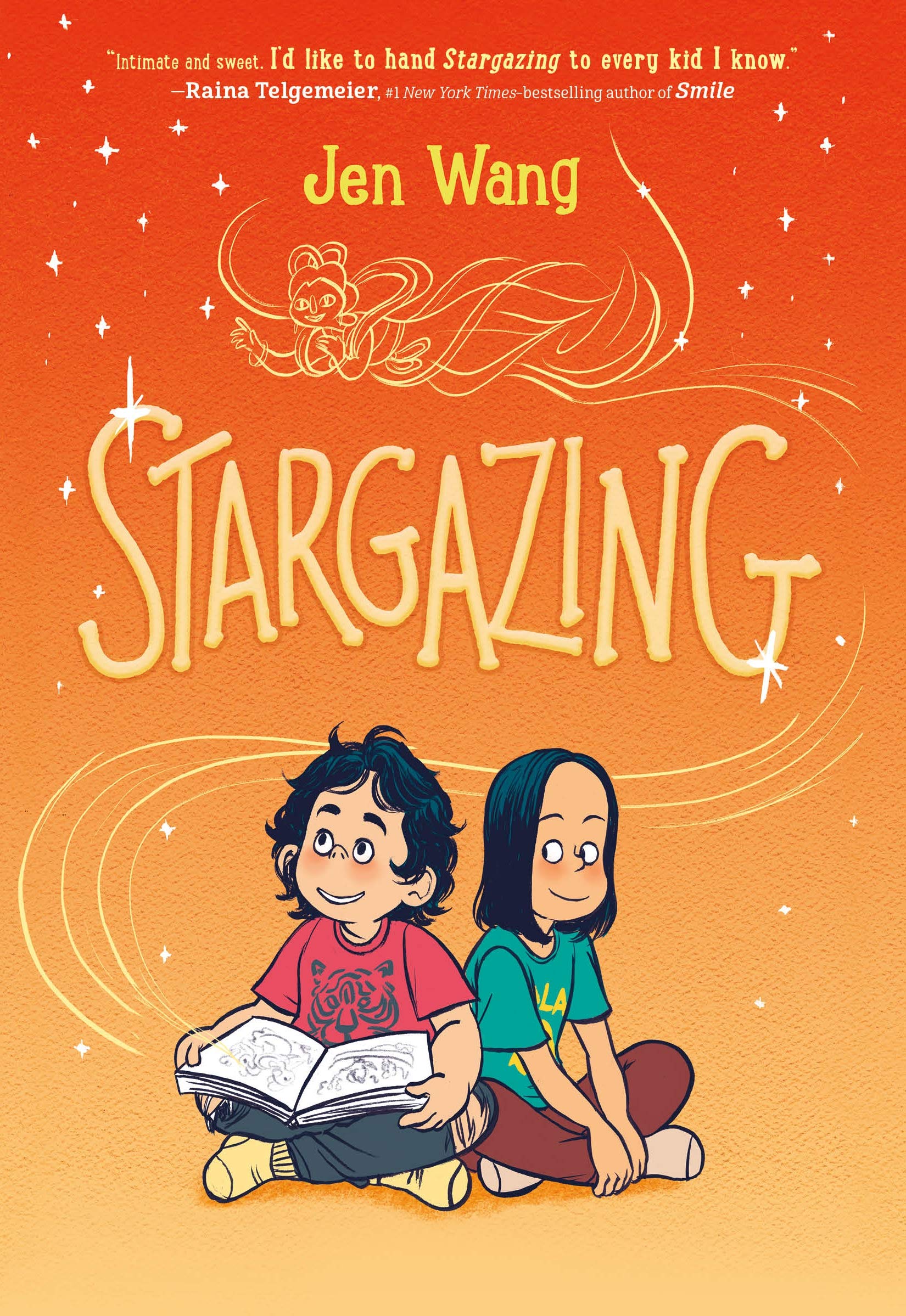 Summary:  Christine’s not sure how she feels when Moon and her mother move into the cottage on Christine’s family’s property.  Moon is an artist who does her own thing and doesn’t fit in with Christine’s family or their Chinese American community.  But she also opens up new possibilities for Christine, introducing her to K-pop, nail polish, and dancing. Christine eventually gets to see a more vulnerable side of Moon, learning how Moon’s beloved father died when she was six, and how Moon sometimes has visions of celestial beings that she believes will one day take her away.  When Christine gets jealous of Moon’s popularity and plays a mean prank, Moon collapses and the truth about her visions comes out. Christine feels terrible about what she’s done to her friend, but by the end, they have learned to forgive each other. Includes an author’s note telling of her own childhood experiences that inspired this book.  224 pages; grades 3-6.

Pros:  A beautiful graphic friendship story that will appeal to fans of Raina Telgemeier, Jennifer Holm, and Victoria Jamieson.  Both Moon and Christine are multidimensional characters who will resonate with many middle grade readers.

Cons:  The artwork wasn’t quite as spectacular as Wang’s The Prince and the Dressmaker.