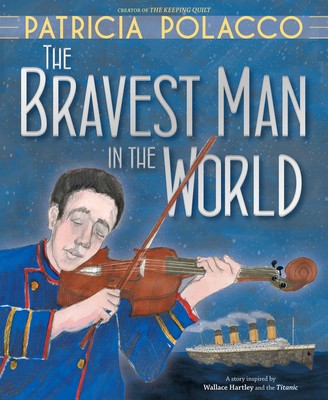 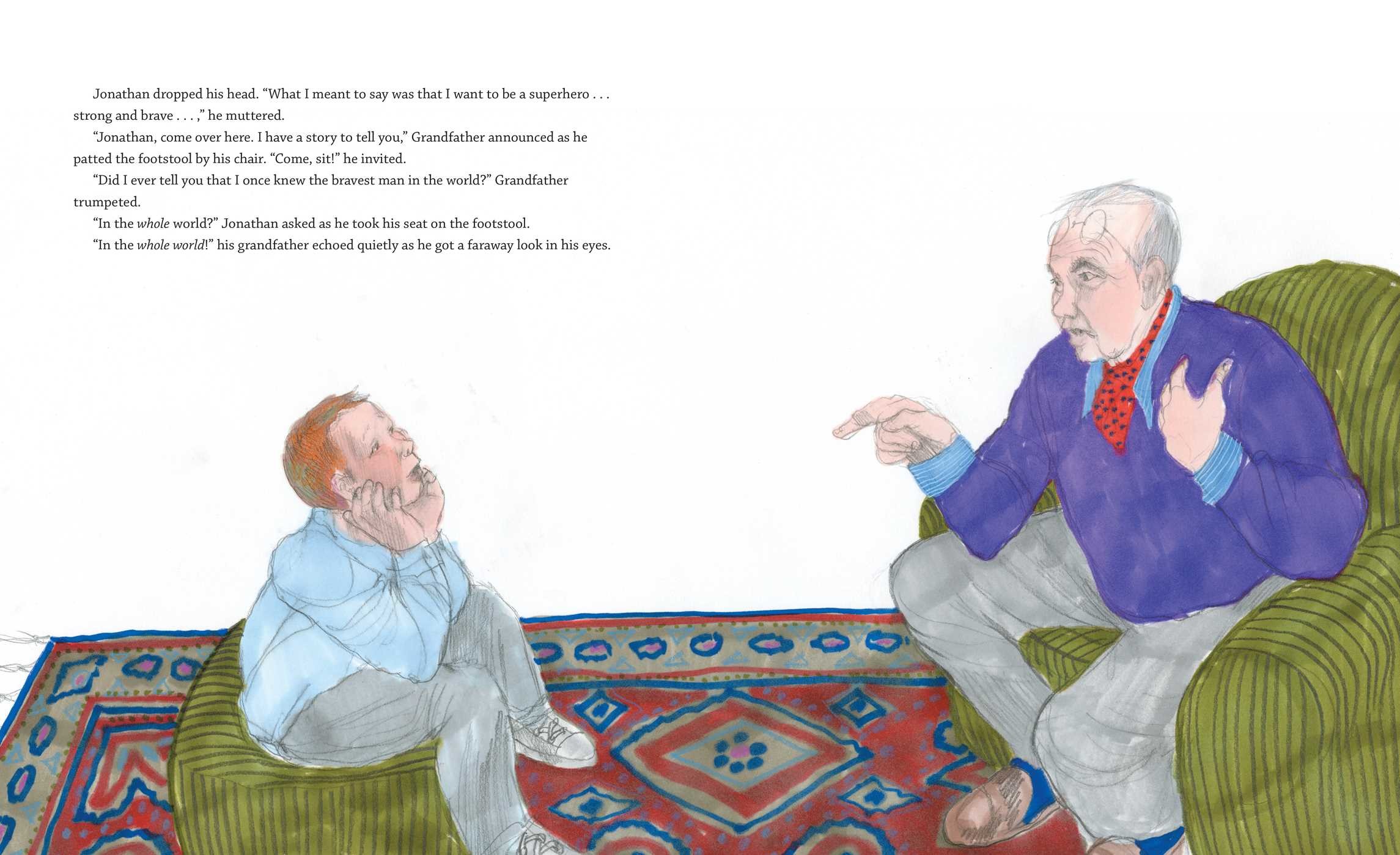 Summary:  When young Jonathan complains about practicing piano, calling it a “sissy” pastime, his grandfather tells him a story of a musician he describes as “the bravest man in the world”.  It turns out that, as a child, his grandfather inadvertently became a stowaway on the Titanic.  There, he had a string of incredible luck, getting mentored by violinist Mr. Hartley and cook Mrs. Weeks.  After a few lessons from Mr. Hartley, the boy got a chance to play for John Jacob Astor, who invited him to study at the Institute of Musical Art.  He’d live with Mrs. Weeks in New York. Alas, everyone’s jubilation was short-lived; that night the ship sank, and the boy barely escaped, with the haunting notes of “Nearer My God to Thee” played by the ship’s orchestra, including Mr. Hartley, serving as the soundtrack to the disaster.  Includes an author’s note about Wallace Hartley and his violin, which survived the sinking. 56 pages; grades 2-5.

Pros:  Titanic history  buffs will appreciate this tale of life on board the luxury ship, as well as an account of the sinking.  As usual, Patricia Polacco tells a story designed to tug at the heartstrings.

Cons:  I confess I’m not a huge Polacco fan, generally find her books verbose and mawkishly sentimental.  Check and check on this one. Also, it seemed pretty unrealistic that the boy’s fortunes could turn around so dramatically in the few days the Titanic was at sea.