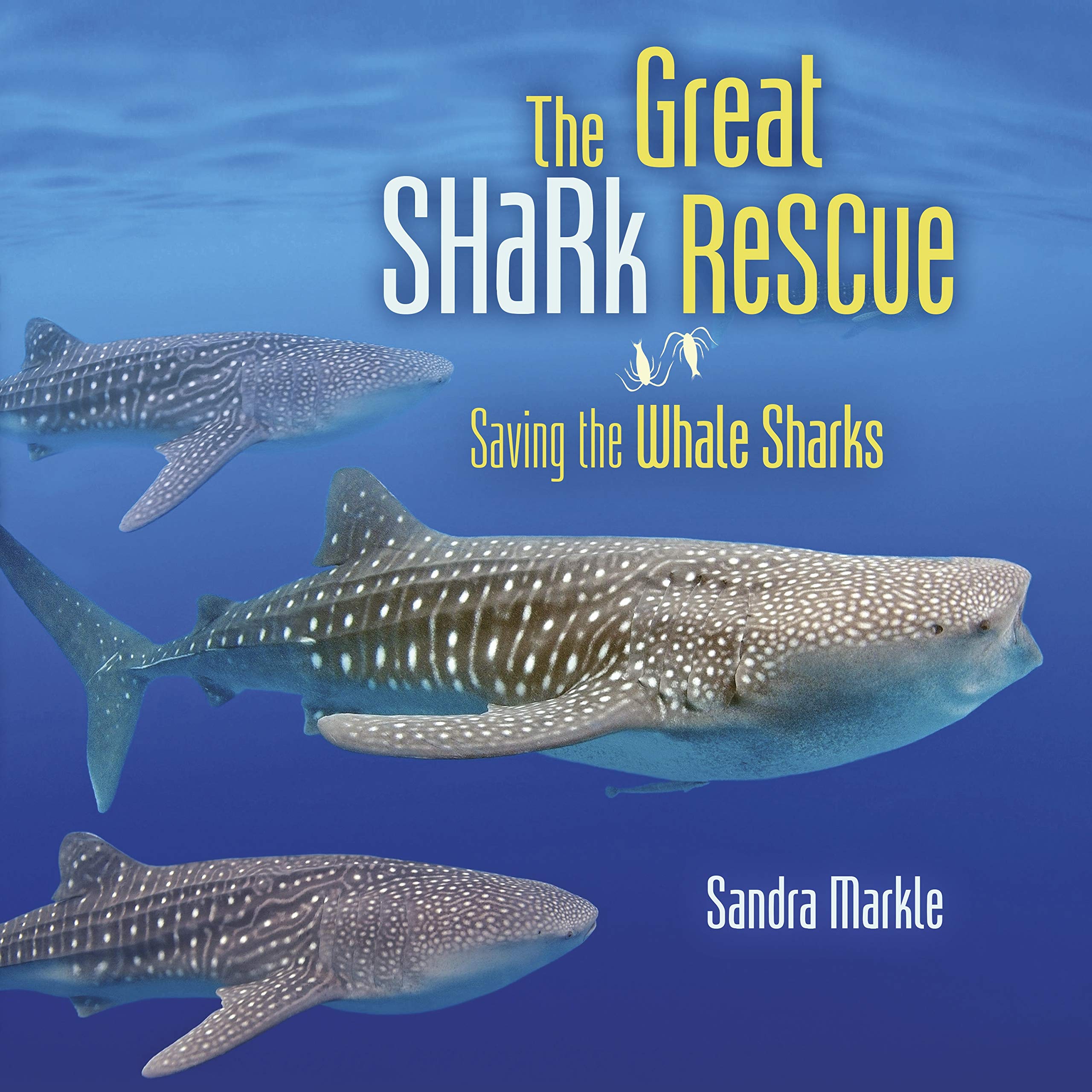 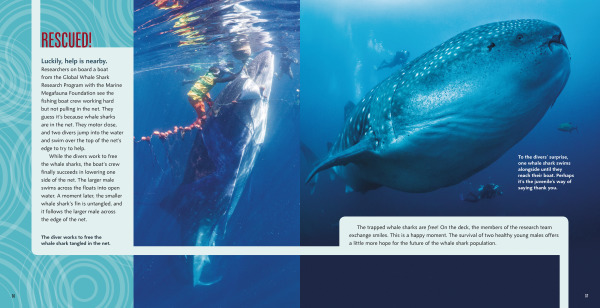 Summary:  Opening with a story of two young whale sharks getting caught in a fishing net, Sandra Markle introduces readers to the variety of problems these animals face, all of them created by humans.  She looks at efforts to protect them, as well as some of the technologies scientists use to study them. While knowledge of these giants of the shark world has increased over the years, there are still discoveries to be made.  She describes how scientists have learned more in recent years about the way the sharks reproduce, but how they still don’t know exactly how young sharks survive in the ocean. The last page features the whale shark’s famous cousin, the great white shark, and provides information about its endangered status.  Includes an author’s note; a timeline of the scientific study of whale sharks; a glossary; additional resources; and an index. 48 pages; grades 4-6.

Pros:  Markle has produced another excellent science book, choosing a topic with lots of kid appeal and presenting science as a fascinating career choice.  There are plenty of photos and maps, and also a fair amount of text; definitely no dumbing-down here.

Cons:  All the books in this series (Sandra Markle’s Science Discoveries) seem to only be available as e-books or with library bindings, $25.00 on Follett; $32.00 on Amazon.