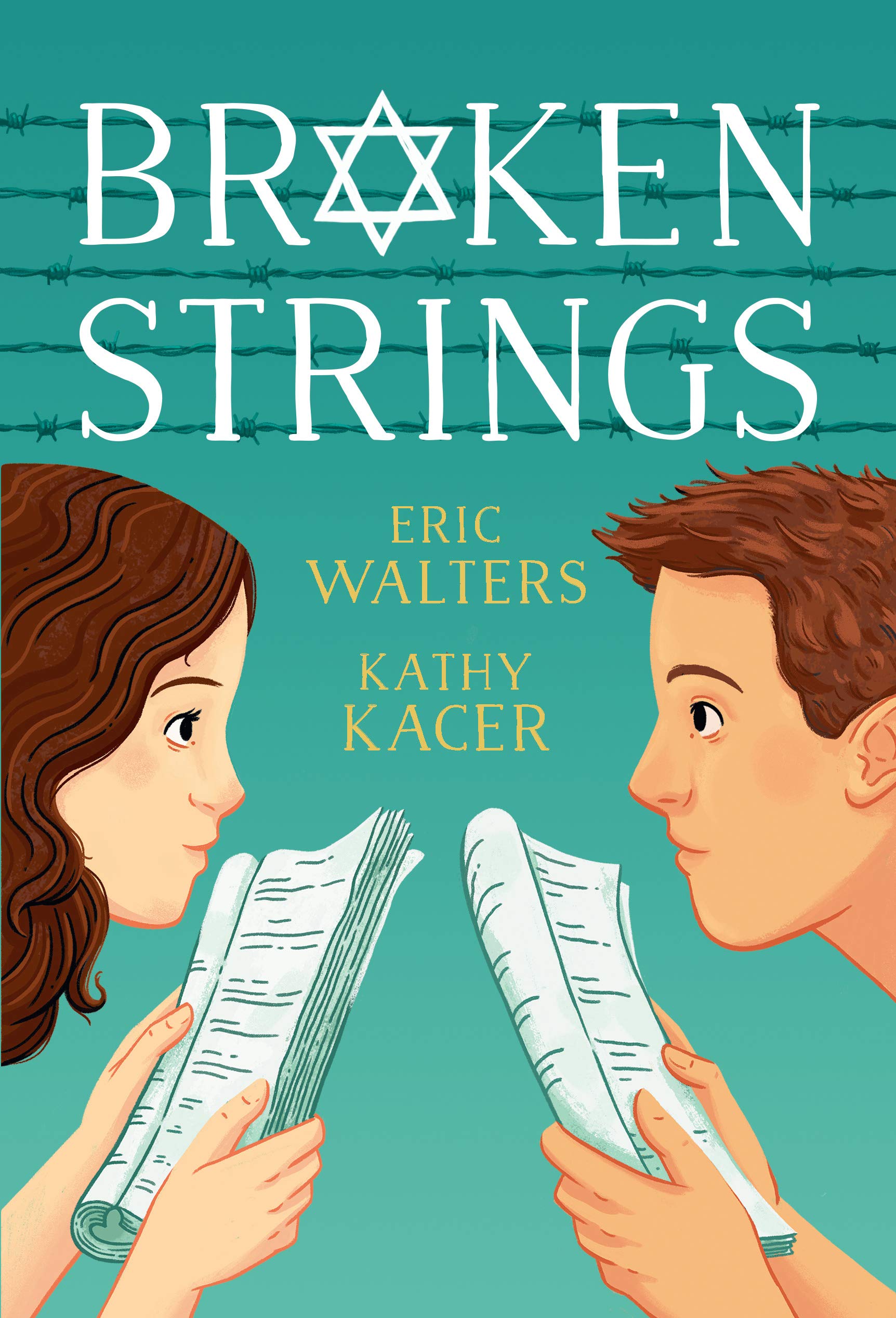 Summary:  A few months after 9/11, Shirli’s drama teacher decides to stage a production of Fiddler on the Roof.  Shirli is hoping to land the role of daughter Hodel, but instead is cast as Golde, the mother.  Disappointed, she throws herself into preparations for the show, turning to her grandfather, Zayde, to help her with props and costumes.  In his attic, she finds an old violin and a poster showing him performing with his family. Shirli knows Zayde lost his family during the Holocaust, but he has never shared the details with anyone, and has always seemed to dislike any kind of music.  When she asks him about the violin, he’s angry at first, but over the next several weeks, he slowly reveals the heartbreaking story he’s never told. When a catastrophic accident threatens to shut down the play, Zayde and Shirli are able to save it, and Zayde’s story ends up adding new layers of depth to the production.  Includes an author’s note with additional information about Auschwitz. 288 pages; grades 5-8.

Pros:  Readers will be fascinated and horrified by this moving story.  Zayde’s story is revealed slowly, and interspersed with lighter chapters about the play and the budding romance between Shirli and her co-star Ben.

Cons:  Shirli seemed at times a little too good to be true, and Zayde’s contribution to the play felt a little unrealistic.