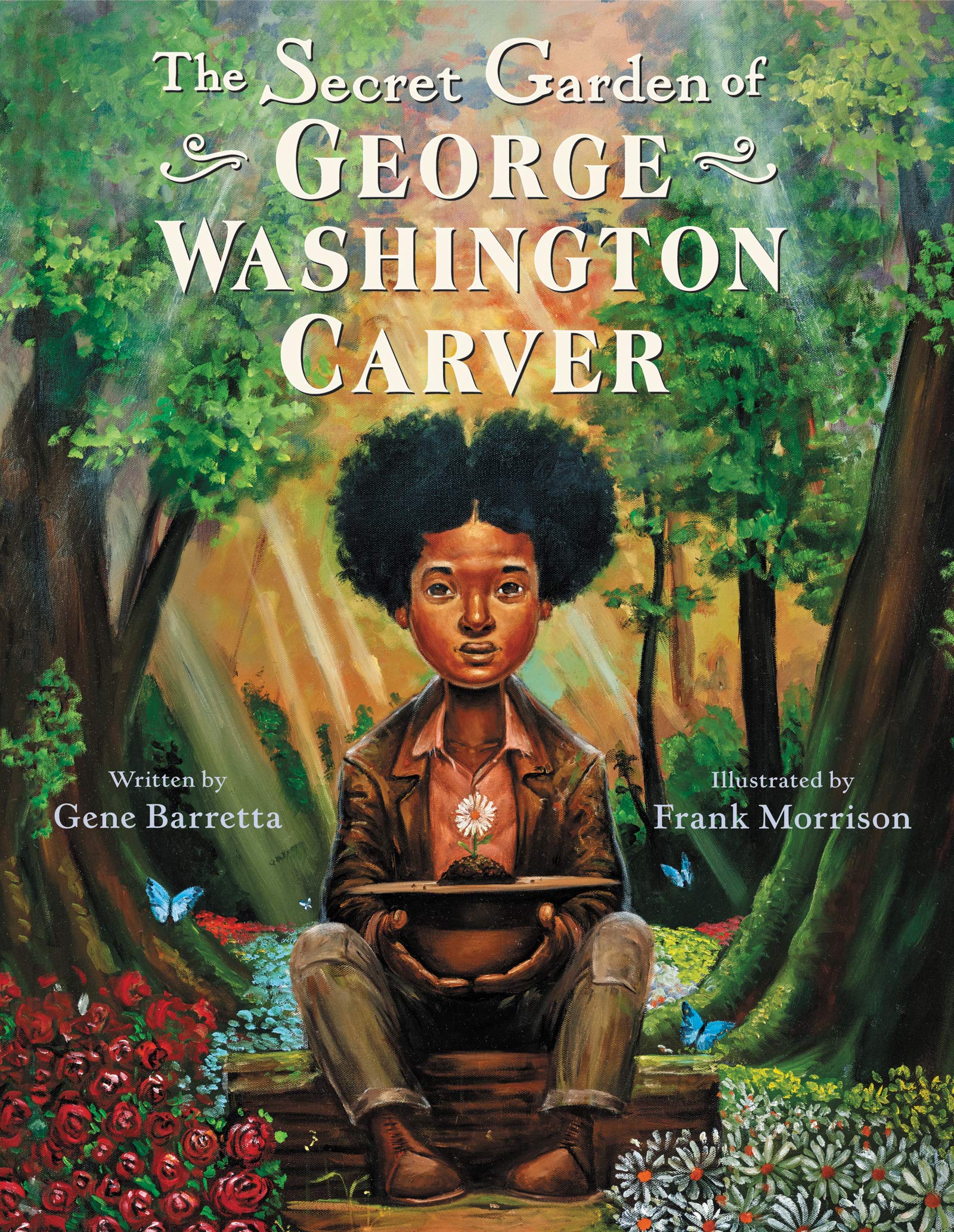 Summary:  Born into slavery in 1864 (his father died before he was born; he and his mother were kidnapped when he was a baby, and she was never seen again), George Washington Carver showed an early love of plants and nature.  Unable to go to school, he decided to teach himself all he could from the woods. He started a secret garden to study plants and soon developed a reputation for his ability to grow things and restore sickly plants to health.  Later, he was able to go to school and became the first black graduate of Iowa Agricultural College. He was hired by Booker T. Washington to teach agriculture at Tuskegee Institute, and became well-known for his work with peanuts as a crop to replace cotton.  He also traveled to farms to teach people how to improve their crops and their own health. Carver preached the lessons he had learned in his garden as a child: “Regard nature. Revere nature. Respect nature.” Includes a timeline, a bibliography, and a list of books for further reading.  40 pages; grades 1-5.

Pros:  This beautifully-illustrated biography of George Washington Carver opens in 1921 with him testifying to U.S. Congress on the many uses of the peanut, then goes back to show his amazing journey to reach that point.  There’s a fair amount of detail for a picture book, making this an engaging story as well as a good tool for elementary research.

Cons:  I would have liked to see a few photos included at the end.