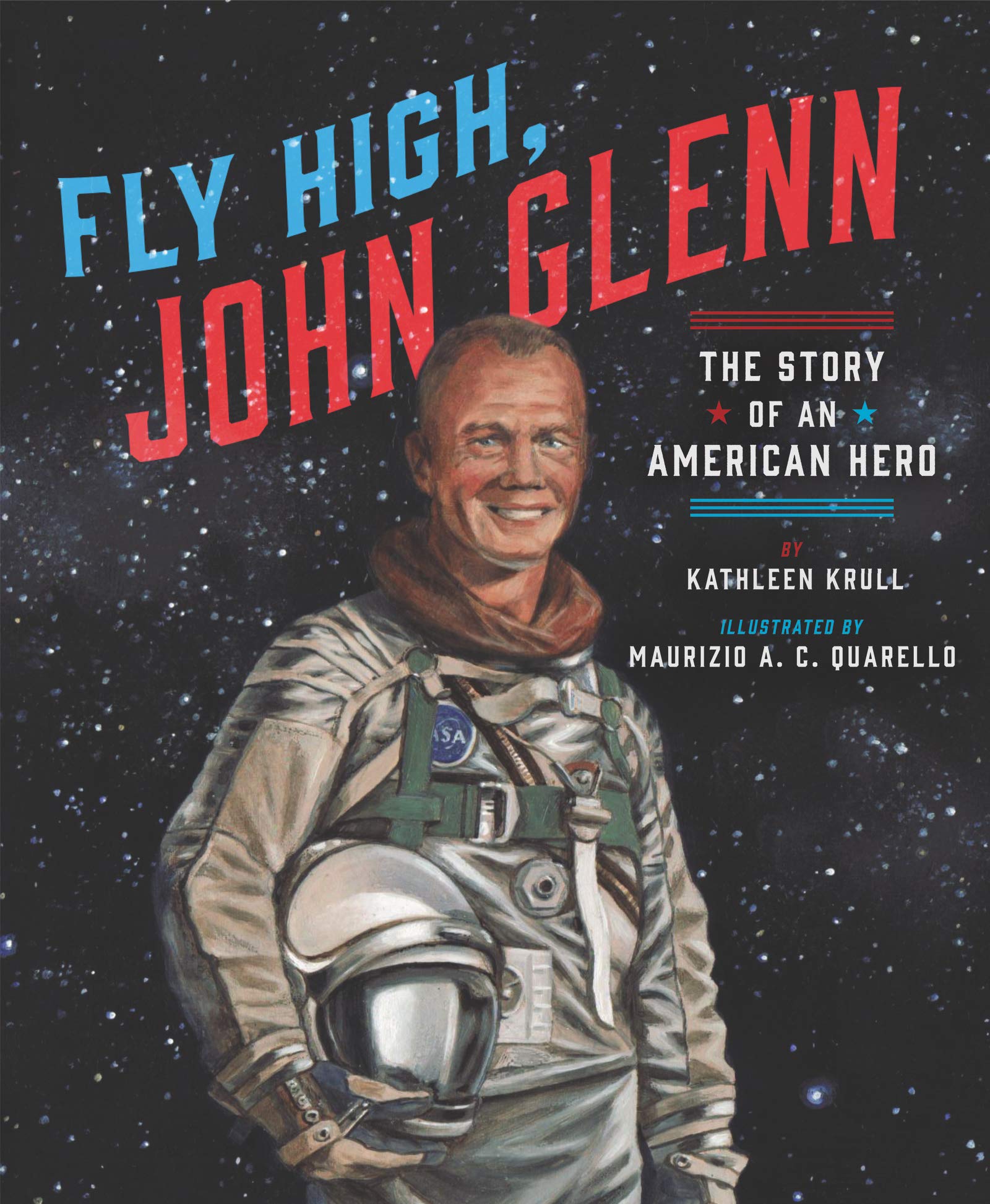 Summary:  John Glenn dreamed of flying from his early days growing up in Ohio.  He earned his pilot’s license at age 20, becoming a fighter pilot during World War II.  He kept flying after the war, flying the first supersonic flight across the United States. When NASA announced Project Mercury, a mission to launch a man into orbit around the Earth, candidates were selected from the country’s 508 test pilots.  Glenn was one of the seven chosen, and on February 20, 1962, he became the first man to orbit the Earth aboard his space capsule Friendship 7.  Despite a few glitches, the mission went well, and Glenn returned to a hero’s welcome.  He continued to serve his country as a U.S. senator, and in 1998, became the oldest person to fly in space at age 77.  Includes additional information, a timeline, and a bibliography. 48 pages; grades 2-5.

Pros:  This is quite a complete biography for a picture book, including plenty of information on John’s career and family.  The realistic paintings are beautiful, particularly the ones of outer space.

Cons:  Due to the length, primary-grade audiences might get a bit antsy before the last page.