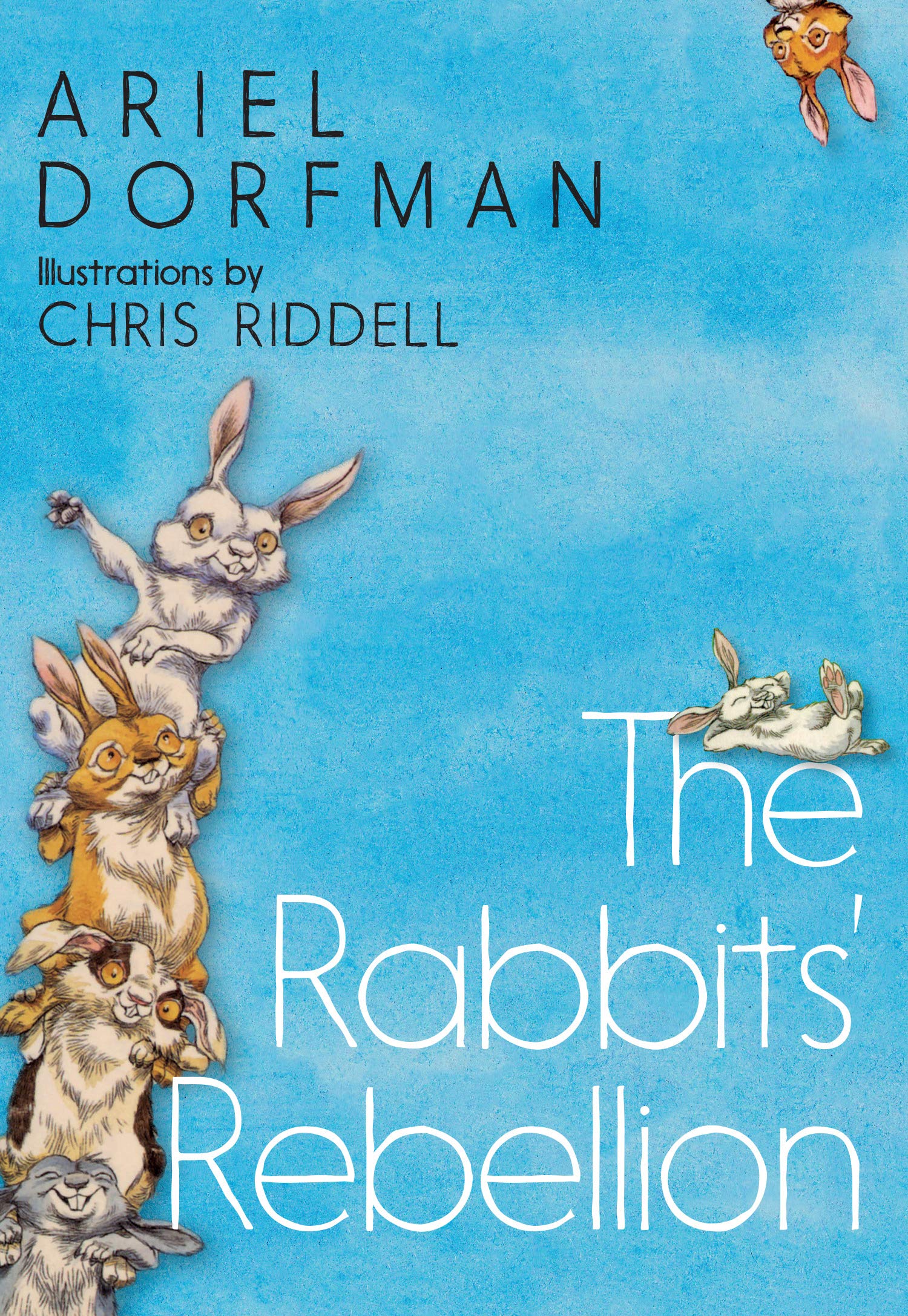 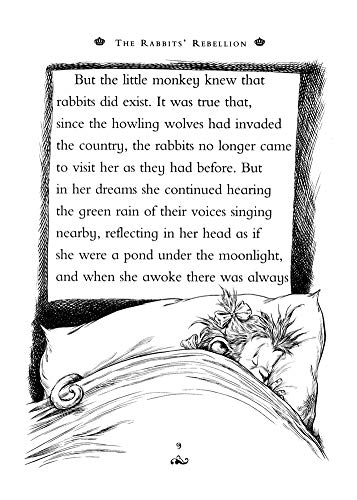 Summary:  “When the wolves conquered the land of rabbits, the first thing the leader of the pack did was to proclaim himself king.  The second was to announce that the rabbits ceased to exist.”  Rabbits have been removed from all parts of the new world, but the old monkey’s daughter still believes they exist.  When the old monkey is summoned to the palace to take pictures of the wolf king, he is dismayed when rabbit ears and noses start appearing on his photos.  He and the fox who serves as the king’s counsellor try to remove the offending rabbits, but they still keep coming, eventually showing up in the photos chewing on the king’s throne.  When the monkey is finally forced to take a photo on which his career and even his life depend, he captures on film the moment the entire throne collapses.  He brings the photo home to his daughter, and the story ends with the  family gazing out on a field full of rabbits.  64 pages; grades 2 and up.

Pros:  The story and illustrations are wickedly funny, and can be read on many different levels.  This is the only children’s story written by Latin American novelist Ariel Dorfman, and can be enjoyed by adults as well as kids.

Cons:  Some of the more political implications may be lost on a younger audience.