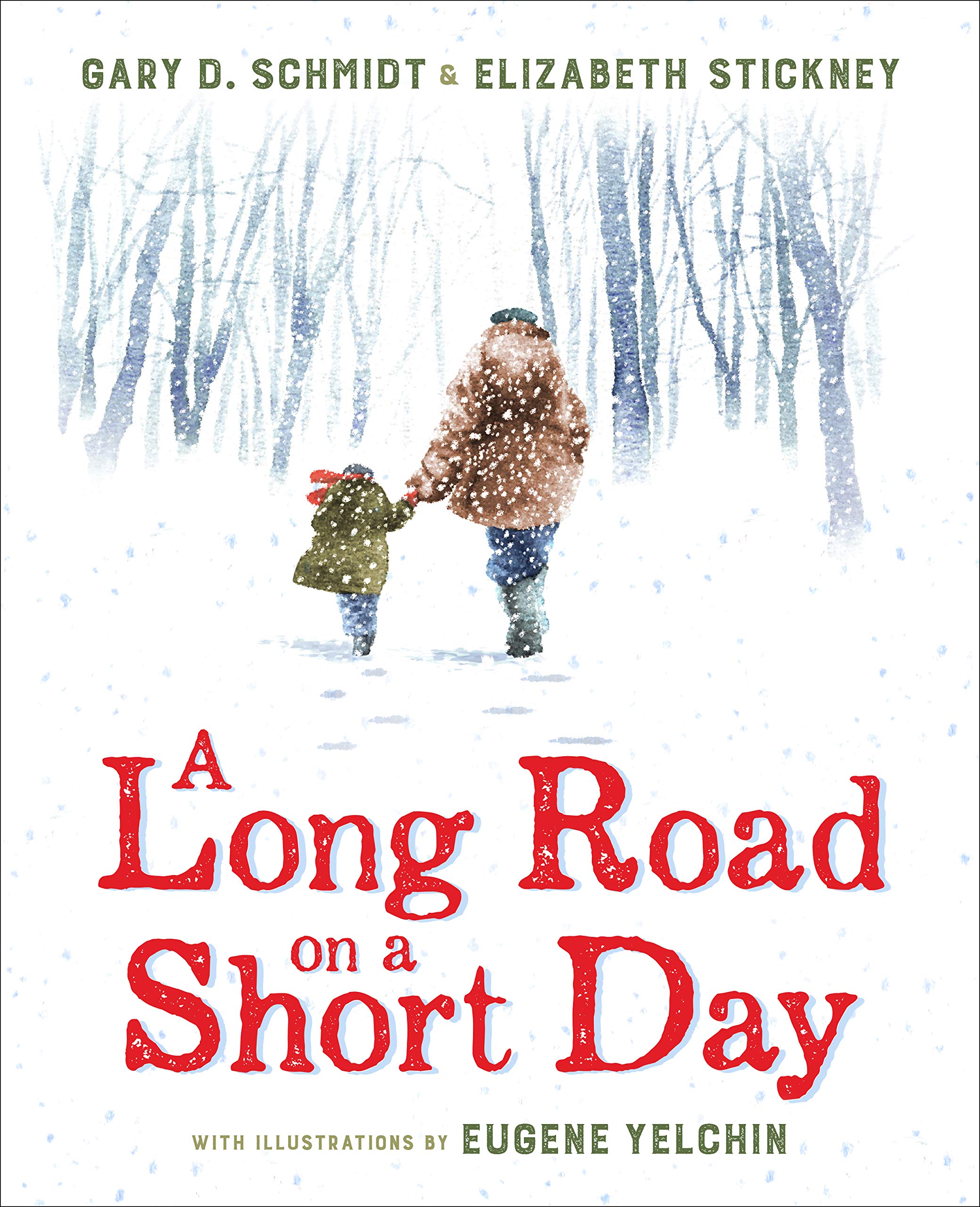 Summary:  When Samuel’s mother mentions that she’d like a cow so that the baby can have some milk, Samuel’s father gets his best Barlow knife and tells Samuel to bundle up.  The two of them head out on a journey as a snowstorm approaches.  Samuel guesses that Dad will trade the knife for a cow, but instead he gets two lanterns.  As they go from house to house, the lanterns are traded for a book, which gets exchanged for a pitcher, and so on, until finally Samuel’s father is able to secure the cow.  At many of the houses, Samuel enjoys playing with a dog or cat, so he is delighted that a border collie puppy is part of the deal for the cow.  His father includes him in all the trades, and Samuel must give up something he really wants (a cart and pony) for what the family needs (the cow).  As they travel, the snowstorm builds in intensity, until they are able to head back to their cozy home with their new cow, which Samuel names Blizzard.  64 pages; grades 2-5.

Pros:  An excellent first historical fiction book, with an award-winning author and illustrator.  Small details in the text and illustrations give hints about the time and place, allowing readers to draw inferences.  Samuel’s parents treat him with respect, but still allow him to enjoy being a kid.

Cons:  An author’s note with a bit more information about the actual setting of this story would have added to the historical value.

One thought on “A Long Road on a Short Day by Gary D. Schmidt and Elizabeth Stickney, illustrated by Eugene Yelchin”