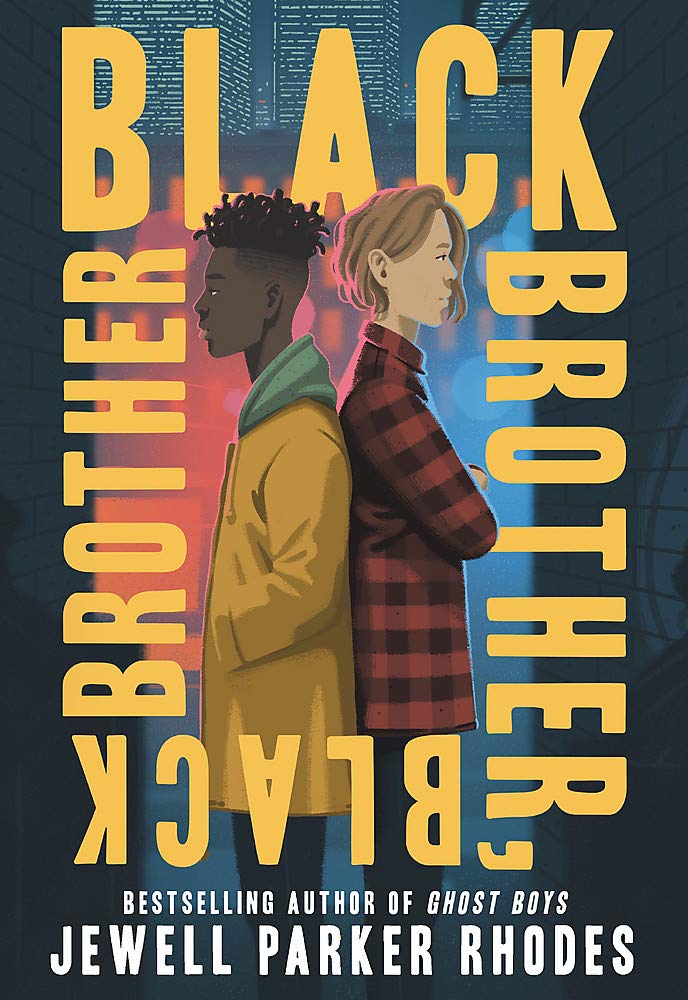 Summary:  Donte wishes he could be less visible, like his lighter-skinned older brother, Trey, but his dark skin makes him stand out at the elite Middlefield Prep in the suburbs of Boston.  After being unjustly accused by a teacher, Donte winds up being arrested and sent to jail before being suspended for a week.  It’s during this suspension that he finds out about a former Olympic fencer who works at a Boys and Girls Club in Boston.  Donte’s worst enemy at Middlefield is the star of the fencing team, so he decides to seek out the coach to train him.  To his surprise, he ends up excelling at fencing, and his love of the sport eventually eclipses his desire for revenge.  Trey, Donte, and a brother and sister from the club form a fencing team, and their participation in the Massachusetts regional championships bring the story to a satisfying conclusion.  240 pages; grades 4-7.

Pros:  While last year’s The New Kid brought to light microaggressions against kids of color at an elite mostly-white prep school, this book features much more blatant racism from students, teachers, and administrators.  Fans of Kwame Alexander and Jason Reynolds will enjoy this fast-paced sports story, and readers everywhere will learn the importance of seeing othersand being seen by others.

Cons:  As is so often the case in stories about school bullying, educators came across by and large as clueless chuckleheads.