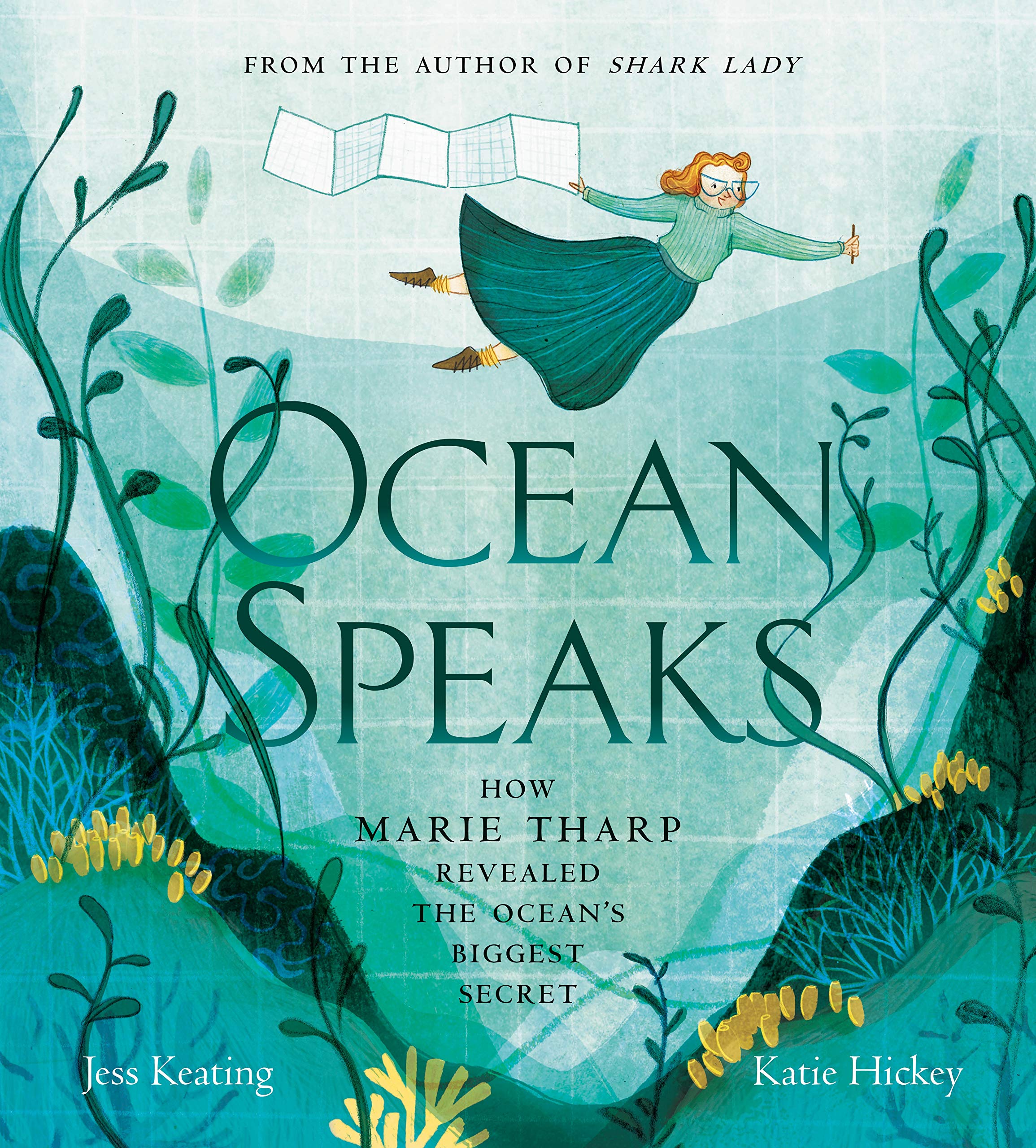 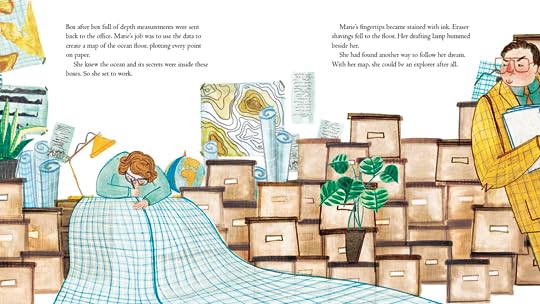 Summary:  Growing up in the 1920’s and 1930’s, Marie Tharp wasn’t encouraged to pursue her interests in science.  During World War II, however, she was able to study geology and got a job in a lab in New York.  When the men came back from war, they were the ones who went out on research ships to study the ocean, while Marie stayed back in the lab.  She began using the data collected from this research to create a map of the ocean.  Her map revealed a rift valley and mountain ranges under the ocean.  When her work was called into question, she did it over again, coming up with the same results.  Eventually, her mapping was accepted by the scientific world, changing the way scientists think about the geology of the earth.  Includes an author’s note, photo, list of questions and answers, and resources for further reading.  34 pages; ages 4-8.

Pros:  An excellent introduction to the life of a little-known woman scientist that could be used alongside Robert Burleigh’s Solving the Puzzle Under the Sea (2016).  The illustrations complement the text nicely; I particularly like the ones that show Marie sailing on an ocean of ink in a paper boat as she pursues her explorations of the ocean back in the lab.

Cons:  This doesn’t offer as much of the science of continental drift that Tharp helped discover as Burleigh’s book does.