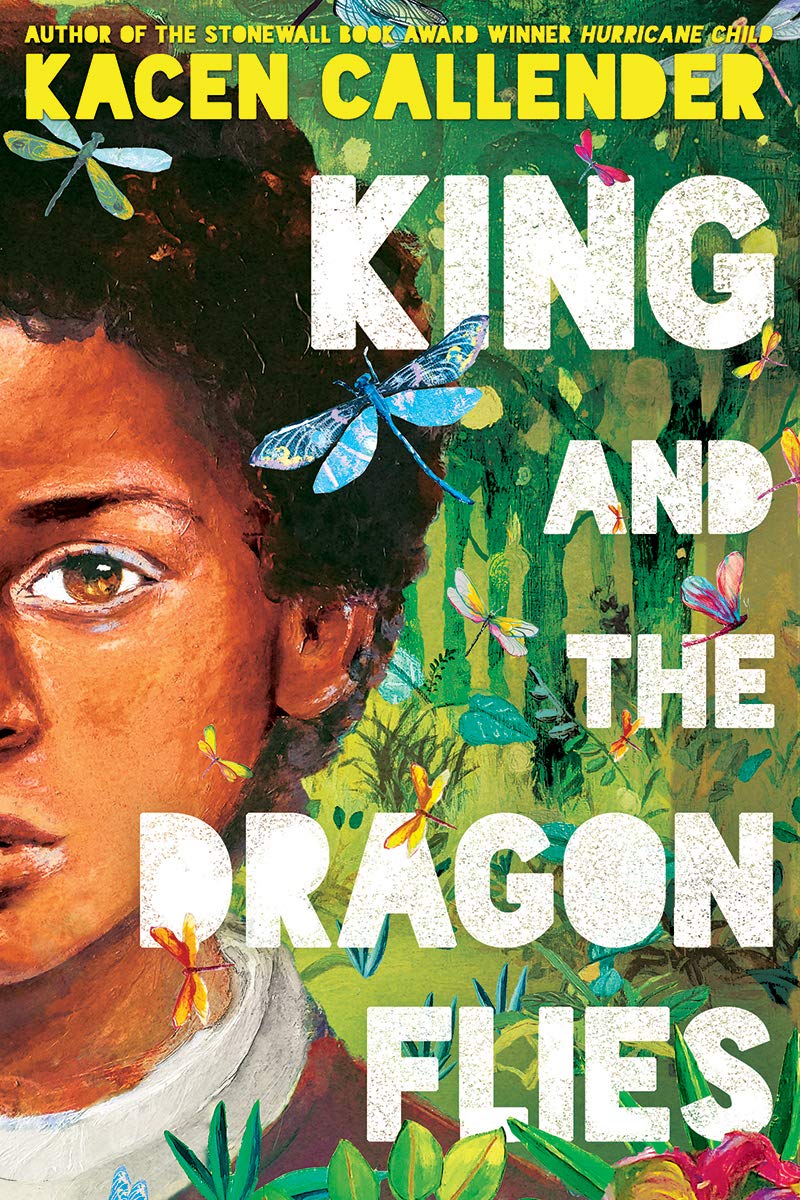 Summary:  King and his parents are barely able to function as they try to deal with the grief over the sudden death of King’s older brother Khalid.  King is also starting to recognize his feelings for Sandy, a boy he used to be friends with until they had a fight.  Sandy had confided in King that he is gay, and King told him he might be too.  Khalid overheard the conversation, and told King that he couldn’t be gay, that dealing with being Black was enough.  When Sandy runs away from his abusive father, King is the only one who knows where he is, and ends up lying to his friends and family to protect him.  As King slowly works through his anger, grief, and shame, he realizes that it’s time to speak the truth about Sandy, Khalid, and himself, even if it means risking losing the people he loves.  272 pages; grades 4-8.

Pros:  In the acknowledgements, Kacen Callender writes of a conversation they had with their editor, Andrea Davis Pinkney, about the fact that Pinkney had never seen a middle-grade novel about a gay Black boy.  Well, now she has, and it is beautifully written, with a dreamy quality appropriate for the Louisiana bayou in which it’s set.  This book just won the Boston Globe-Horn Book Award for fiction, and I’m sure it will be a contender for other awards.

Cons:  That dreamy quality made the beginning kind of slow, and it took me awhile to get into the story.

One thought on “King and the Dragonflies by Kacen Callender”