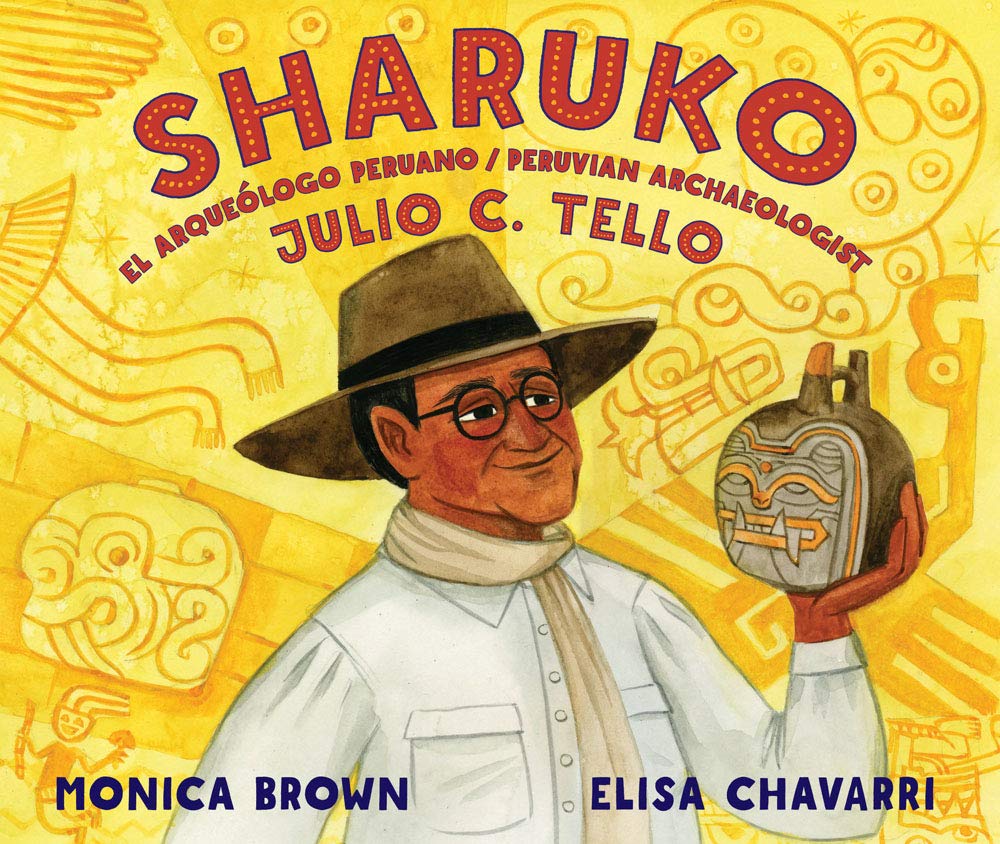 Summary:  Born in Peru in 1880, Julio Tello grew up in an indigenous community, speaking Quecha, the language of the Inca Empire.  His adventurous nature earned him the Quecha nickname Sharuko, meaning “brave”.  He and his brother discovered bones, pottery, and even some human skulls as they explored the foothills of the Andes.  At 12, he went to live with his aunt and study in Lima, eventually graduating from medical school.  After getting a degree in anthropology and archaeology from Harvard, he worked as an archaeologist at the Museum of Natural History in Lima.  His archaeological discoveries showed that indigenous cultures had existed in Peru more than 3,000 years ago, refuting the theories that these cultures originated in Mexico or Central America.  He became director of the new Museum of Anthropology, where he was able to share his discoveries with Peruvians, transforming their understanding of their history.  Includes maps; an afterword, illustrator’s note, and list of sources.  40 pages; grades 2-6.

Pros:  Written in both Spanish and English, this story shines a light on Peruvian history and a man who single-handedly helped rewrite it.  The colorful illustrations feature some of the art and artifacts Tello helped discover.

Cons:  Readers will need some background knowledge to appreciate the story; although the format is a picture book, this will probably appeal more to older elementary and even middle school kids.