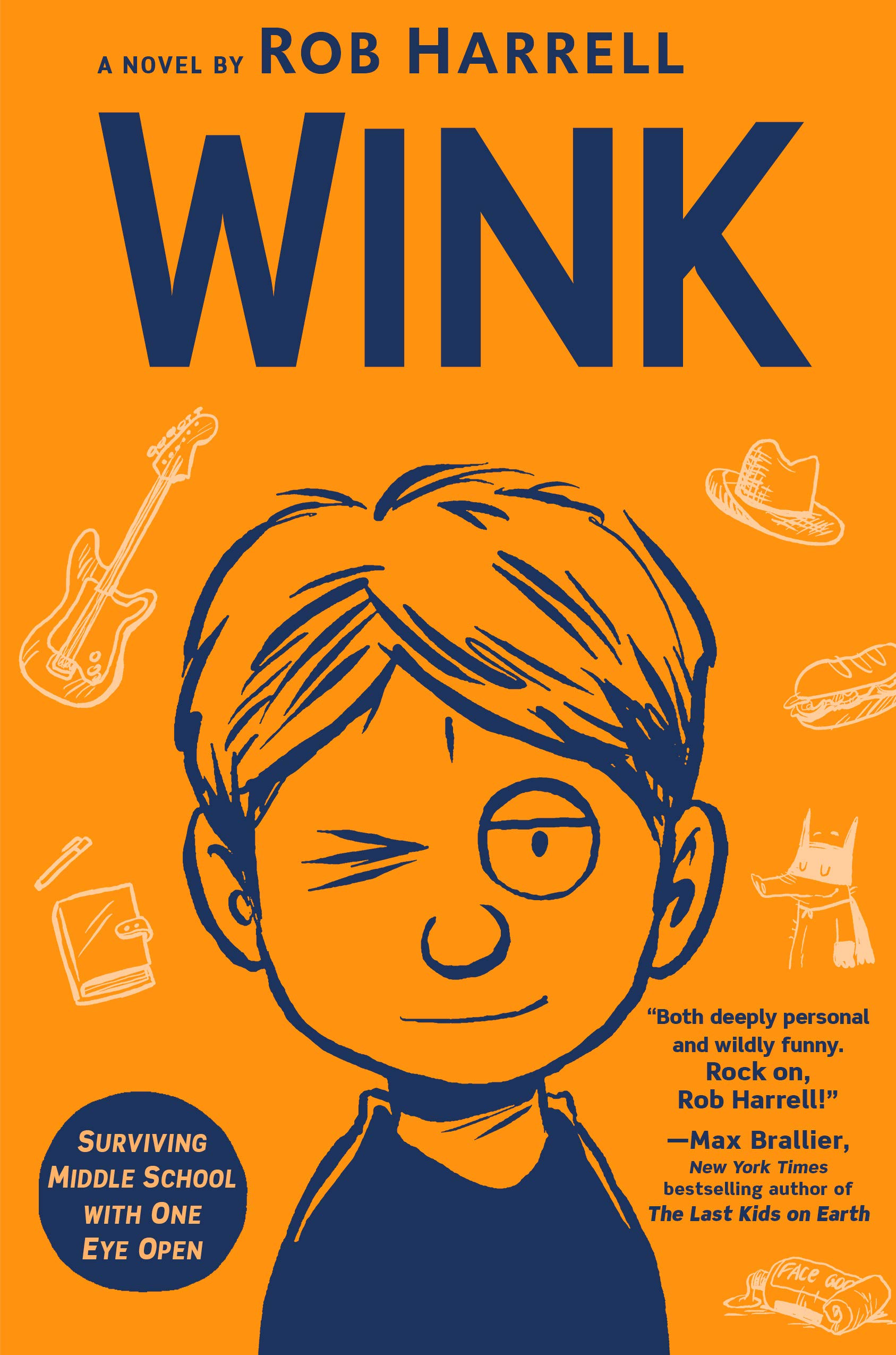 Summary:  Ross just wants to slink through seventh grade with as little attention as possible, but the diagnosis of a rare, aggressive form of cancer in his eye makes that impossible.  The story opens with his first radiation treatment, then brings the reader up to date with a series of flashbacks that describe his diagnosis and surgery.  Thanks to the radiation, he has to wear a hat at all times and constantly apply a goopy ointment to the eye that no longer has tear ducts.  One of his best friends has stopped talking to him and the other one, Abby, finds out that her family is moving in just a few weeks.  Music saves Ross, as he’s introduced to a whole new way of listening by one of his radiation technicians, Frank, who turns out to be an excellent guitar teacher and mentor.  When Ross, Abby, and an unlikely third kid form a band, Ross gets a chance to express everything he’s been feeling about the changes in his life, and learns not to shrink from the spotlight.  The author’s acknowledgements mention his own experiences with the kind of cancer Ross has.  320 pages; grades 4-7.

Pros:  From the cover to the irreverent middle-school voice to the illustrations (including some full-page comics), this is a book that will appeal to reluctant upper elementary and middle school readers.  There’s plenty of substance, though, as Ross overcomes a life-threatening illness and finds his own voice and talents.

Cons:  Having witnessed my own guitar-enthusiast daughters taking months to learn to play simple songs, it seemed unlikely that Ross would be performing with a band after just a few weeks.