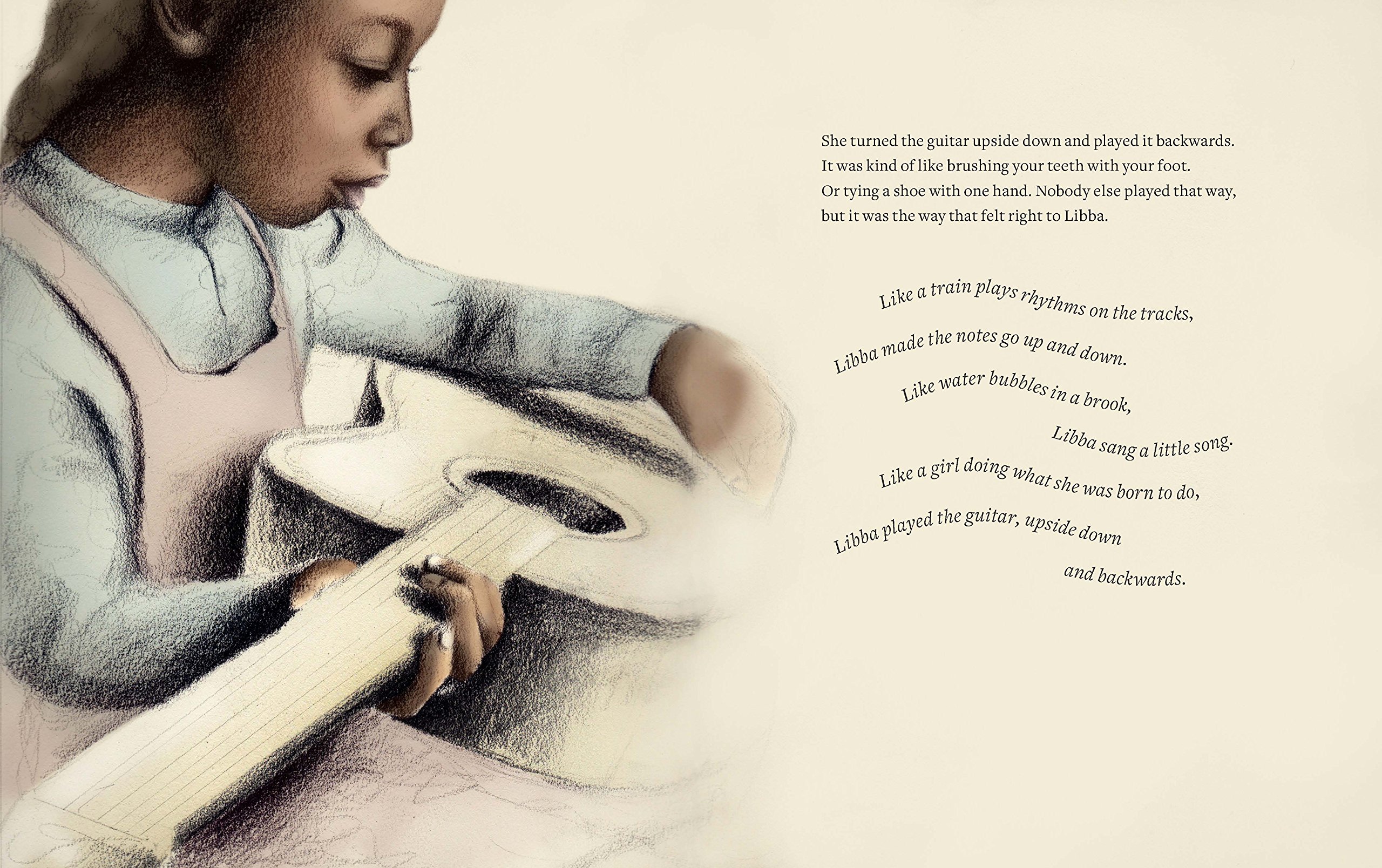 Summary:  Growing up in North Carolina, Elizabeth “Libba” Cotten loved playing music.  She learned to play her brother’s guitar, but because she was left-handed, she played it upside-down and backwards.  When her brother moved out, taking his guitar with him, Libba did chores until she had saved $3.75 to buy her own instrument. When she was 12, she wrote a song called “Freight Train”.  But an early marriage and a baby derailed her musical ambitions for many years. In the 1940’s, she took a job as a housekeeper for the musical Seeger family.  When they heard her play, they helped launch her career. She recorded her first album in 1958, then went on tour. “Freight Train” became a hit, and her songs were covered by many artists.  Libba won a Grammy award in 1985, when she was in her 90’s. Includes a lengthy author’s note with additional biographical information and a list of works cited. 48 pages; grades 2-5.

Pros:  Kids may not appreciate the “it’s never too late to follow your dreams message”, but it’s an inspiring one for us older readers, and Libba’s unconventional way of playing the guitar will help kids to see there’s more than one path to greatness.  Look on YouTube for a video of Libba playing and singing “Freight Train” to really appreciate her guitar talents.

Cons:  Although the illustrations are lovely, the cover didn’t really grab me, and I had this out of the library a couple times before I finally read it.